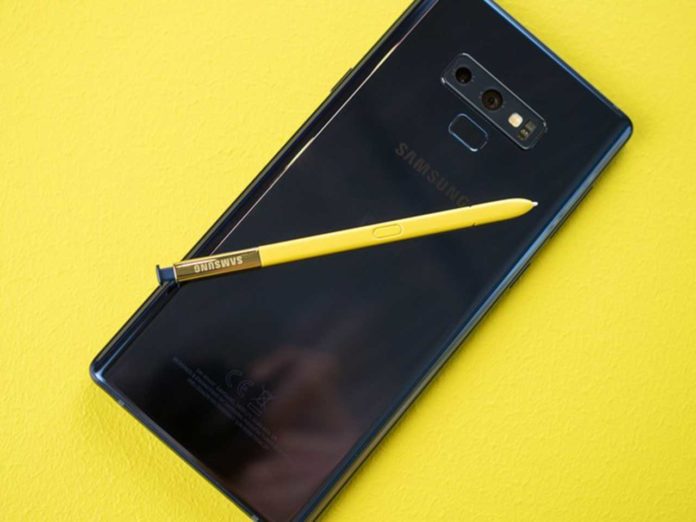 It seems the South Korean giant has found the way to house the camera inside their S-Pen. Samsung’s new development surfaced online today which reveals some interesting tech on which their engineers are working. Now, there is nothing secret though because I know you come here after reading the title.

Back in 2017, Samsung filed a patent for their new S-Pen with camera in it. And according to the new report (via PatentlyMobile) today, this patent granted recently by US Patent and Trademark Office. So, the future S-Pen will have an optical system inside its body with an image sensor that lets the user click images directly through pen without letting know anyone.

Talking more about the patent, it titled with the “Electronic pen device having optical zoom“. You can see in the image below. Samsung has tried to install the camera with the logic board in a very smaller space. Although it is possible because we already have seen pens with a camera. But this S-Pen will also work with the smartphones and tabs. 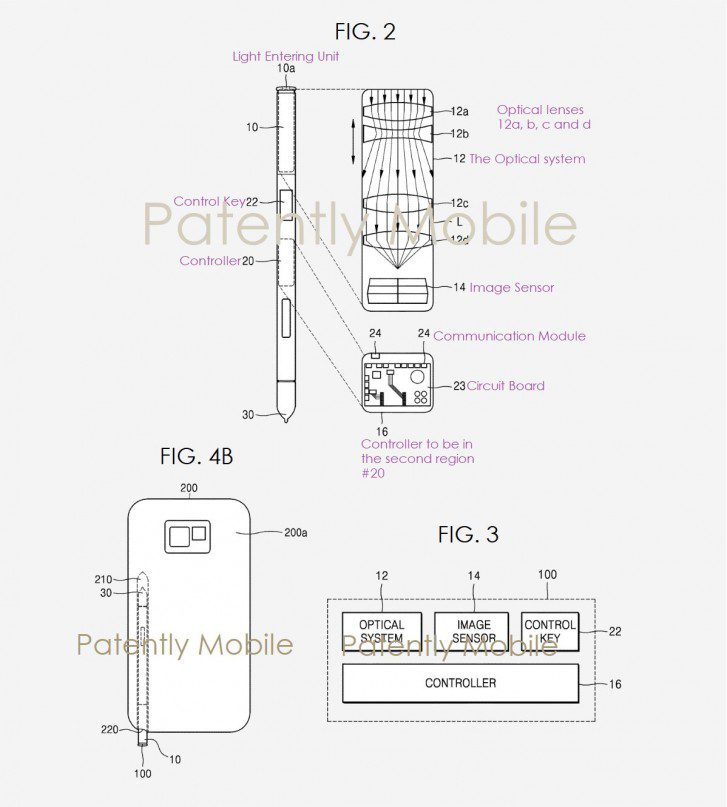 The upper section of the pen will house optical system made of four different lenses aligned before the image sensor. The image sensor will communicate with the circuit board to transmit the image data. And everything will be operated with the control key given on pen as you can see in the diagram.

So, inside this S-Pen there will be four main components (Fig. 03);

Definitely, Samsung is making this new S-Pen introduce for their upcoming Galaxy Note devices. However, keep in mind, it doesn’t you see it in Galaxy Note 9. By the way, are you excited to see Samsung Galaxy S10 launch? If so, you can join our Telegram channel to keep yourself connected with the latest news.