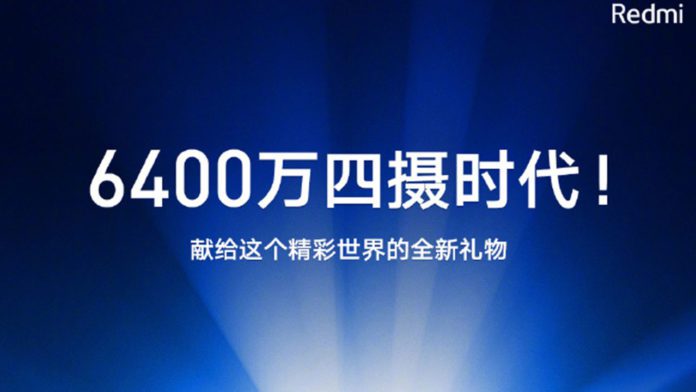 Yes, Redmi is also working on the 64MP camera phone internally and teasing their fans slowly with new information. So far we have been educated with the camera megapixels count. Today, Redmi shared some interesting information on its official Weibo account. We went through yesterday’s tease where Redmi shared an image of a cat which was allegedly clicked using the 64MP camera from Redmi device.

Today, Redmi confirmed that their upcoming smartphone will come with the quad-camera set up to capture each moment of life using four different cameras. And the primary camera will house the 64MP sensor. With the magic of their software, each captured image using that 64MP camera will become around 20MB in size and the resolution will be far superior to the 8K TV resolution.

Well, well, well, we don’t have a camera sensor information yet. But, we do have news. Back in May 2019, Samsung released its first 64MP image sensor which is named as Samsung GW1. The sensor is able to capture 64MP images.

The ISOCELL Samsung GW1 offers the highest megapixel resolution on any smartphone camera sensor. The 64MP Camera sensor offers 0.8μm pixel image size. Samsung is able to support a re-mosaic algorithm to make full 64MP resolution images in bright conditions. The camera sensor can combine 4 pixels into 1 and can create a 16MP image with rich details and better colors while capturing the images at night.

Furthermore, the Samsung GW1 is equipped with DCG (Dual Conversion Gain) which converts received light into an electric signal which helps to capture more lights and resulting into lower noise and better color accuracy. It also supports PD which is high-performance autofocus technology that can deliver sharper images. While in terms of video recording, Samsung GW1 can capture FullHD video at 480fps (frames per second).

Now, Redmi’s 64MP camera phone is not just a rumor. Yesterday, we also went through a screenshot of MIUI camera which was showing the 64MP settings turned on. That means the camera will be able to capture the image in true 64MP resolution.