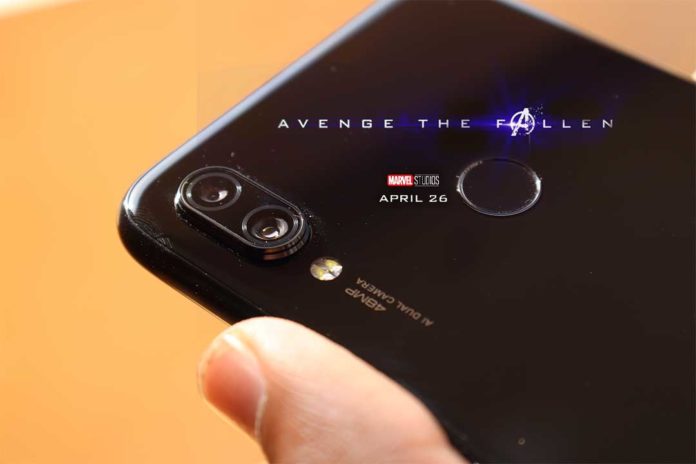 Redmi launched its so-called mid-range smartphone dubbed Redmi Note 7 Pro in India and China and it seems like the company may launch a new edition of Note 7 Pro in upcoming weeks. The Redmi Note 7 Pro is getting a great response from the Indian and Chinese market as its getting out of stocks within minutes of sale starts. The new Avenger Edition smartphone could increase the popularity of the device. 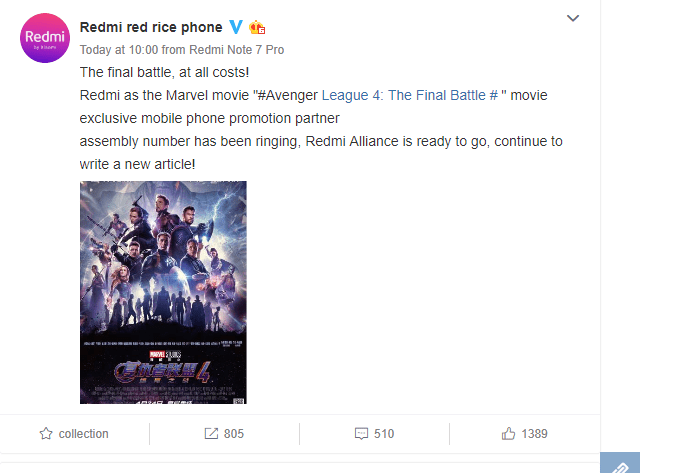 That doesn’t mean that they will launch new variants but they may launch it to increase the popularity of Redmi Note 7 Pro.

Marvel Studio’s Avengers: End Game will release in Cinema on April, 24 in China and on April, 26 in other regions. So, If Redmi has planned anything then we will see before the end of April 2019.

So, Redmi may launch new Avenger Edition Redmi Note 7 Pro but nothing is clear yet so take this as a pinch of salt. Let us know in comments below if you will buy Avengers Editon Note 7 Pro or not if company decide to launch. Make sure to follow our social media platform for future updates.