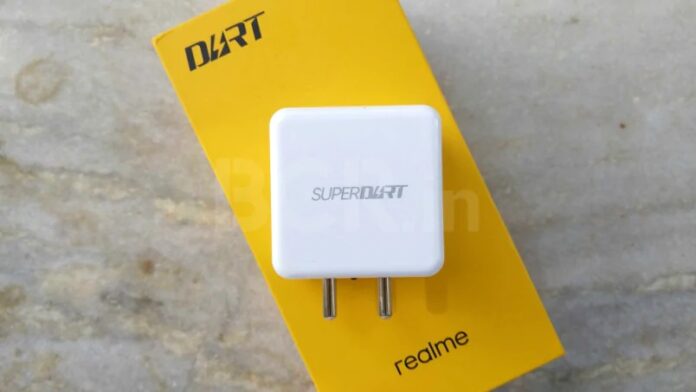 What is 65W Charging Standards?

SuperDart supports up to 65W maximum power – It can transfer a maximum of 6.5A at 10V to the device. Realme is following the low voltage and high-current” philosophy with the new tech. The new tech allows charging at a faster rate because the company has decided to use two cell interfaces instead of a single cell. Thus, reducing charging time and improving the battery capacity.

The reason this tech can carry up to 6.5A current is that Realme is using 3C cells instead of the regular 1.5C cell. Here, The C refers to the charge, and the discharge ratio of the cell perhaps can carry twice the current compared to the other one.

In addition, The company used Gallium Nitride (GaN) semiconductor to make the charger. The former semiconductor is more efficient, can sustain higher voltage and more current compared to the Silicon semiconductor.

According to Realme, The newly introduced technology is available in three devices as of now – Realme 7 Pro, Realme Narzo 20 Pro, and Realme X50 Pro 5G. The company is planning to introduce this for a broader range in near future so stay tuned with that.

Realme claims to charge the device in about 30 minutes. To be specific, Realme 7 Pro will take 34 minutes to fully charge its 4500mAh battery. In the first half, 50% of juice can be achieved just in 12 minutes.

How Safe Is It? It used five safety layer protection in a smartphone, charging adapter, USB cable, and battery so there won’t be any damage related to the battery or charging.

Each node manages the charging process and also monitors the voltage and current to stop the overvoltage and over-current damage. In addition, the voltages are low so it stops the device from overheating and keeps the temperature under control. As said by the company the 65W charging technology is now user-ready and can be used by the users on daily basis.

Realme’s parent brand is also working on the 125W charging technology which should be introduced as long as next year to the users.