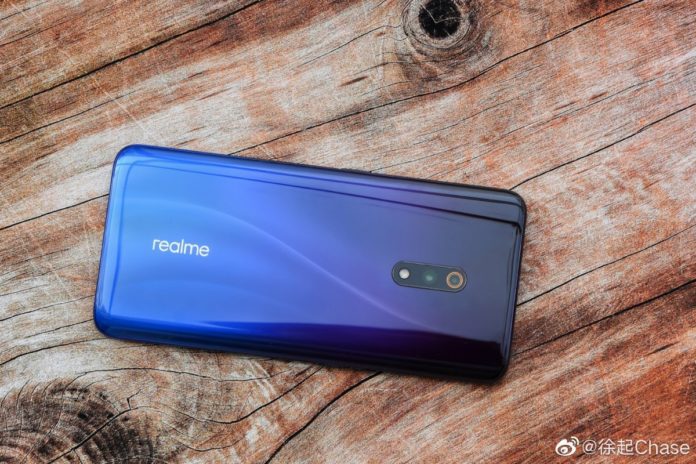 Seems Realme is all set to launch its an upcoming pop-up selfie camera phone. The event has been held in China on May 15. And now, the company is busy with the promotion of its upcoming smartphone. Although, there are droplets on the internet shows us devise information. And now, on Weibo, the device spotted in its official images.

The device will have two different color variants – Blue-Pink gradient and White. Earlier, Realme X was listed on Geekbench which has revealed specifications. Realme X will flaunt 6.5-inch FullHD+ AMOLED display without any notch. The AMOLED panel also said to support the next generation Optical In-Display fingerprint sensor.

The device will be powered Snapdragon 710 clocked at 2.2Ghz and will be paired with 8GB RAM and 64GB/ 128GB internal storage.