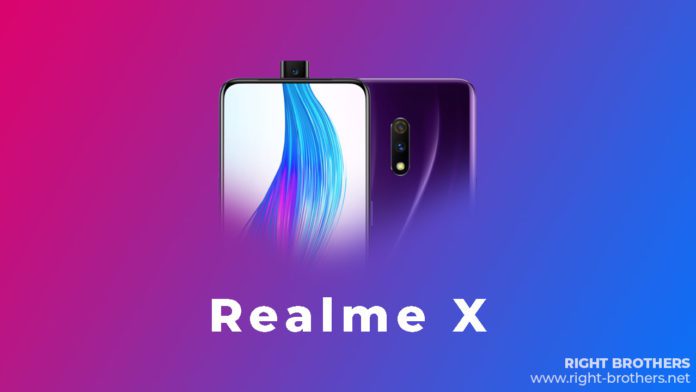 Talking of Optics, It features 48MP Sony IMX586 primary rear camera sensor paired with the 5MP depth sensor. For the selfies and video calling 16MP IMX471 camera, sensor fits in the pop-up mechanism. The Pop-up selfie camera also works to unlock the device. Face unlock feature is present but it’s not that reliable.

Realme X packs 3765 mAh battery with support of VOOC 3.0 fast charging. While if you can manage to recall, the Realme X Chinese variant packs 4045 mAh battery. And this is where it slightly differs from the Chinese variant. VOOC 3.0 charger takes about 80 minutes to fully charge the device from 0% to 100%. It runs on ColorOS 6.0 based on Android Pie out the box and also features Optical based In-Display fingerprint sensor to unlock the device.

The phone will go on sale on July 24 for regular customers. However, people who participated in Realme X blind sale will get early sale chance on July 18 at 8 PM.

Realme X Master Edition comes in two different colors called – Garlic and Onion. The phones are designed by the Naoto Fukasawa. The designs are inspired by Onion and Garlic, so they called the same. Realme X Master Edition comes with the design of the strips over the rear side along with the signature of Naoto Fukasawa next to the dual-camera system.

The Spider-Man: Far from Home edition comes in White color with 8GB of RAM and 128GB of internal storage. It is priced at Rs. 20,999. This edition will also be available in August. No exact date has been unveiled.