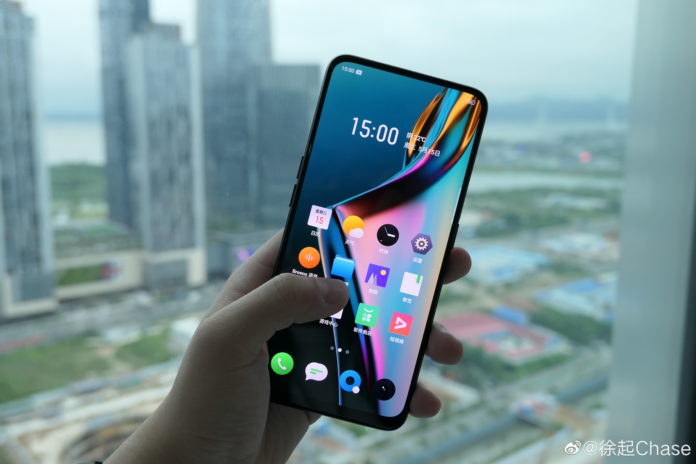 Realme is all set to launch its upcoming smartphones in China on May 15 and ahead of the launch we know almost all the details about the device except for the pricing. Realme will launch two new devices in China dubbed Realme X and Realme X Youth (Probably).

Realme X Youth is nothing but the rebranded version of Realme 3 Pro and Realme X will have its own plus point at a higher price range. Realme X (Codename: RMX1901) recently appeared on Geekbench which confirms the key specifications of the device.

As per the Geekbench listing Realme X will be powered by Qualcomm Snapdragon 710 chipset (same as Realme X Youth) which will be paired with 8GB RAM and probably 128GB internal storage. Realme X will run on Android Pie based on ColorOS 6 out of the box. 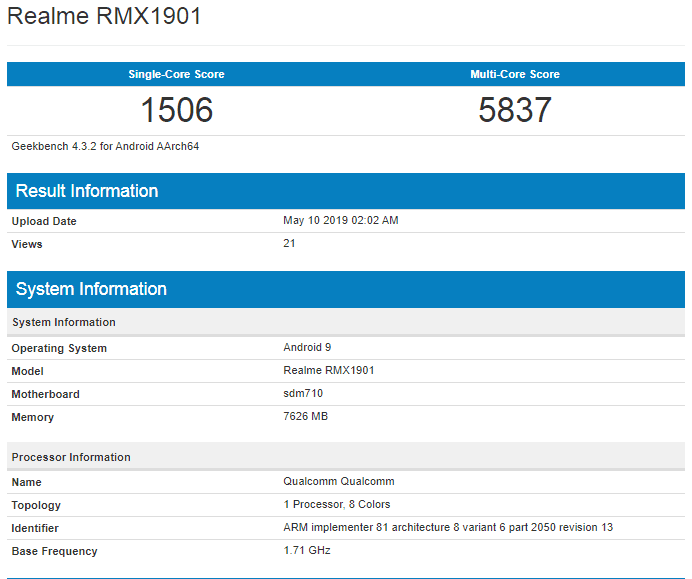 The device will be powered Snapdragon 710 clocked at 2.2Ghz and will be paired with 8GB RAM and 64GB/ 128GB internal storage.