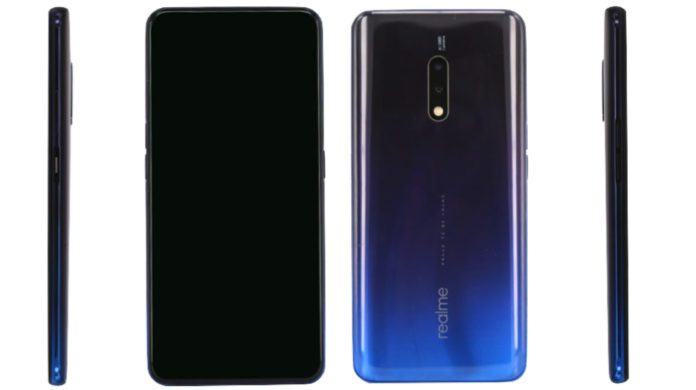 Realme just announced Realme 3 Pro in India and the company is planning to launch their smartphone in China in coming months. The two Realme devices dubbed Realme 3 Pro and RMX 1901 codenamed smartphone spotted on TENAA which reveals the key specifications and render of the device.

RMX 1901 is unannounced Realme phone which will make its first debut in China. The TENAA listing reveals that it will have a 6.5-inch display and 3680mAh battery. As per the listing, the phone measures 161.2 x 76 x 9.4mm. The dimension, display, and battery capacity match to the earlier leaked OPPO PCGM00 device so there are high chances that RMX 1901 is the rebranded version of OPPO PCGM00. 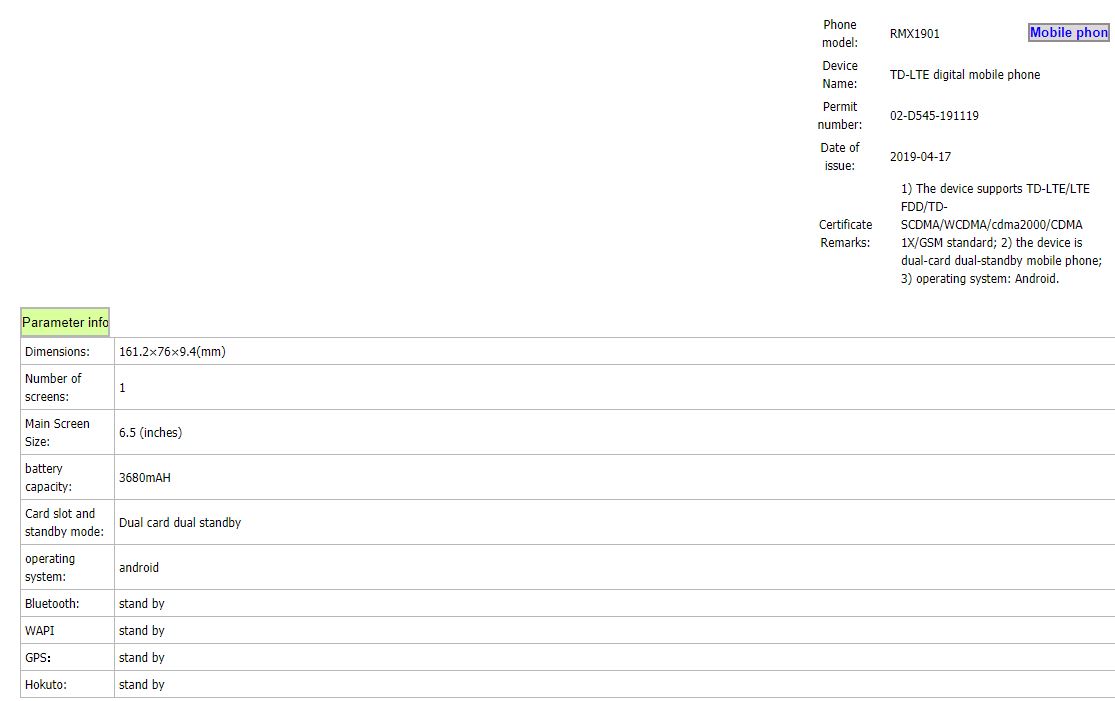 Earlier leaked Oppo device sports the 6.5-inch AMOLED display with FULLHD+ resolution and 1080 x 2340 pixels. It will also have In-Display fingerprint sensor based on Optical Sensor. The device will be powered by Qualcomm Snapdragon 710 chipset which will be paired with 8GB RAM and 128GB internal storage.

On the Optics side, Oppo PCGM00 has 16MP primary camera sensor paired with a 2MP depth sensor. For the selfies and video calling it will feature 16MP Pop-up selfie camera. So we will see the better screen to body ratio and better experience with the display.

The company didn’t speak about anything yet so make sure to take this as a pinch of salt. Realme will launch two devices in China soon so all we can do is wait. Make sure to follow our social media platform for future updates form the company.