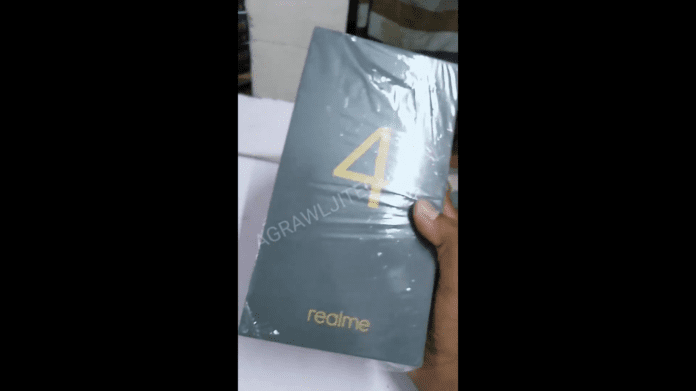 Its been a great journey for Realme in India. With a few smartphones launches, the company now dominates the second position in the Indian market after Xiaomi. Now, the company has plans to launch Realme 3 successor which will be ‘most probably’ called Realme 4. Because the retail box has recently appeared in YouTube video.

So, the box that we are looking at in the video has the number ‘4’ in a traditional Realme style with Grey and Yellow color accent. Well, right now, it seems legit though. But, I would say, wait for further information to pop-up on the web.

Check out the video attached below

Ever since Realme has launched a pro version of Realme 3, fans are really happy with the handset and looking forward to seeing a budget flagship – Realme X. In between these talks, Realme 4 today pops up and makes fans more hyped.

We will be sharing further information soon when we come around them. So, make sure to follow us on the Telegram and Facebook page. Let us know what do you think about it in the comments below.