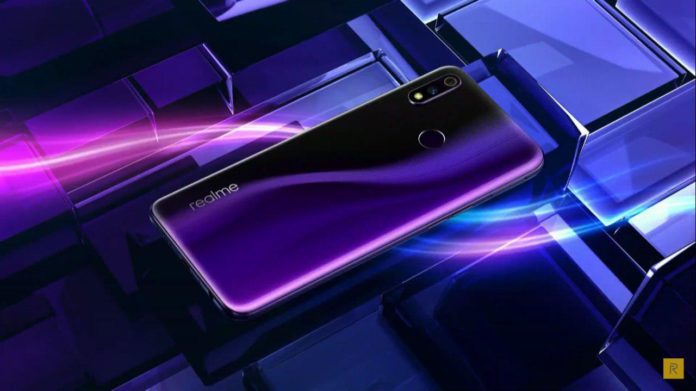 Oppo’s sub-brand Realme launched its two new smartphones at the event in Delhi today. Realme 3 Pro will be game-changing device according to the company which will directly compete the Redmi Note 7 Pro in the market. At other hands, Realme C2 will compete upcoming Redmi 7 Series device. 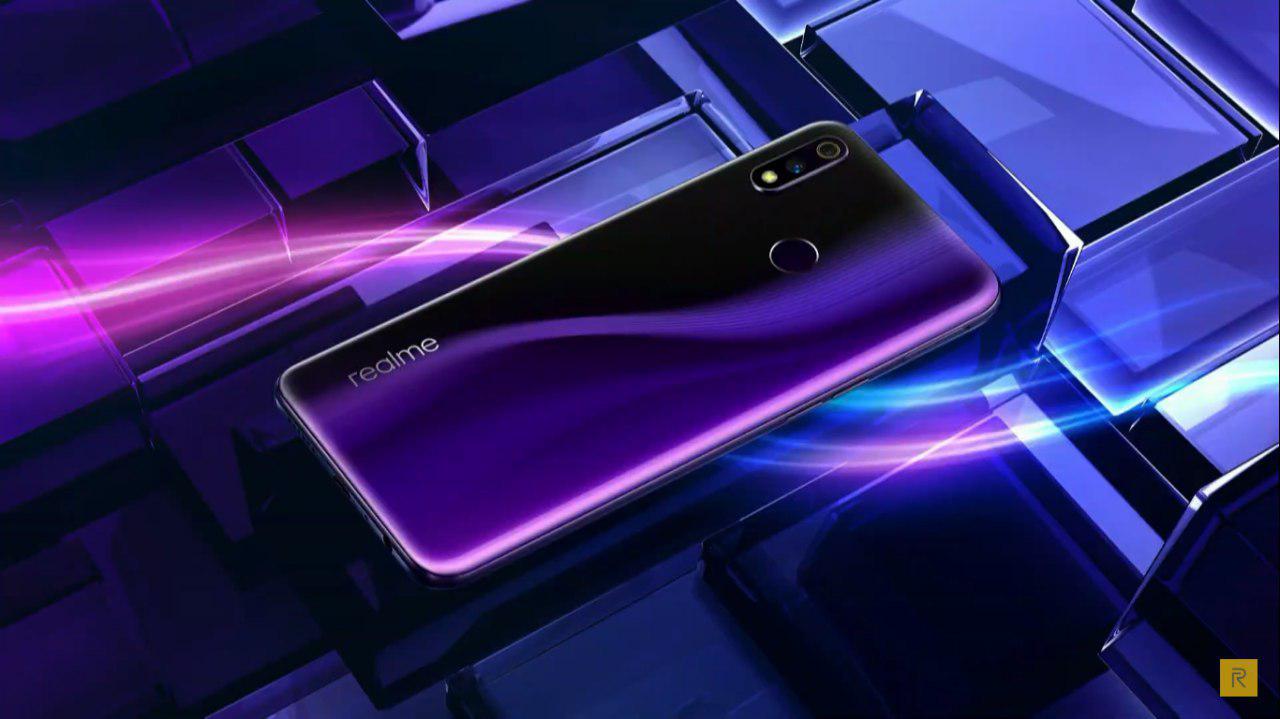 Talking of Optics, Realme 3 Pro has 16MP Sony IMX519 Primary camera sensor paired with a 5MP depth sensor. Furthermore, Realme 3 Pro is able to take 64MP Photos in Ultra HD Mode. The device will also feature 960fps Super Slow Motion feature. Although we are not sure about the quality of video at 960fps. The rear camera is also capable of recording the videos with 4K resolution. For the Selfies and video calling it features 25MP front camera which is carried out from the Realme U1. Also, the device comes with the AI Face Unlock feature.

Realme 3 Pro packs 4045mAh Battery with support of VOOC 3.0 charging via MicroUSB port. Realme decided to use MicroUSB port for one more device. But unlike Redmi Note 7 Pro, Realme will include VOOC 3.0 charger inside the box which is a good thing.

Realme 3 Pro runs on ColorOS 6.0 based on Android Pie out the box and will go on sale on May 4 on Realme.com and Flipkart. Those 100k Users got the R Pass will be given priority in the first sale. 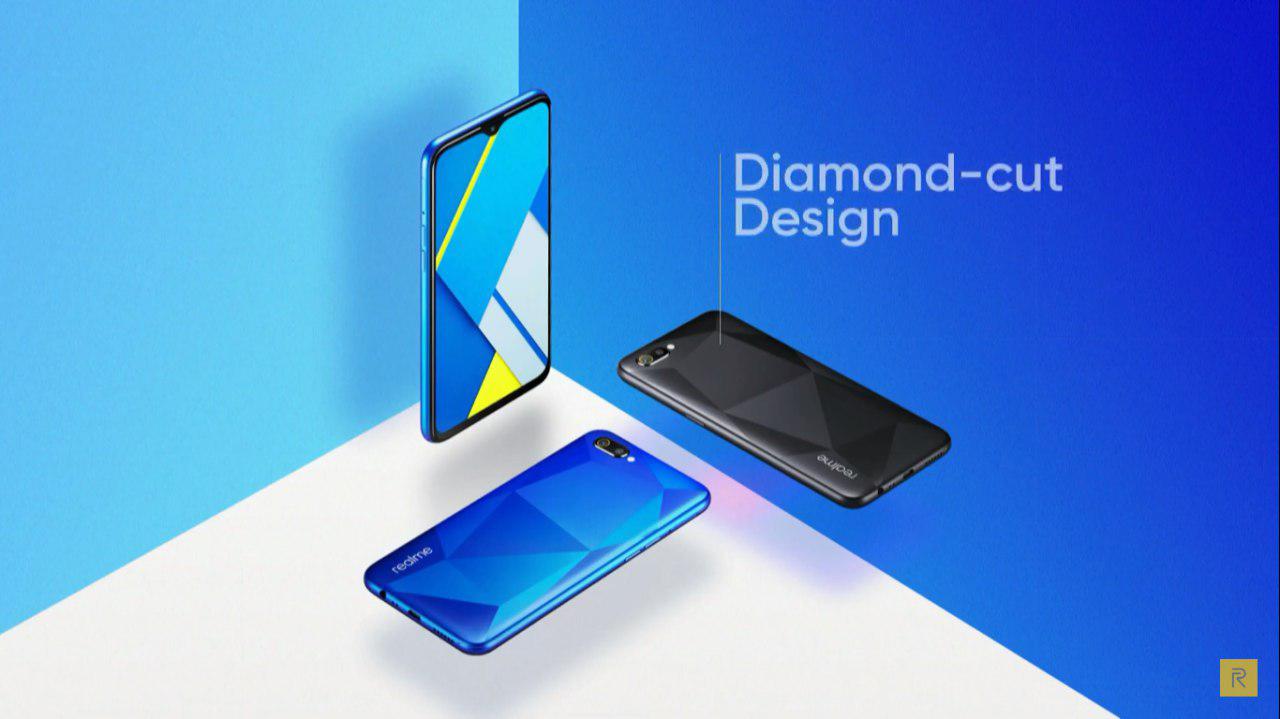 Realme C2 features waterdrop notch with the 6.1-inches IPS LCD display. Talking of Optics, The dual rear camera houses 13MP sensor paired with a 2MP depth sensor. For the selfies and video calling Realme C2 has 8MP shooter compared to a 5MP shooter in Realme C1. The device is powered by MediaTek Helio P22 chipset with ColorOS 6.0 on top and 4000 mAh Battery. On the rear side, the device sports Diamond-cut design. 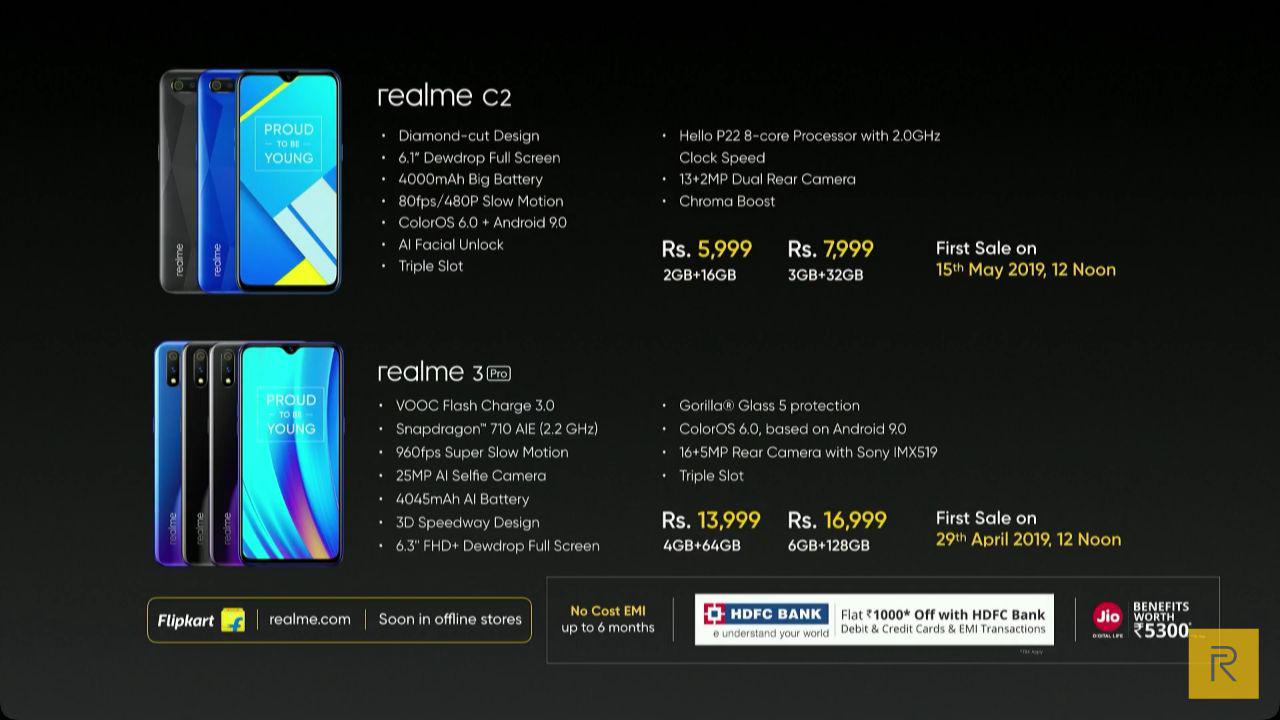