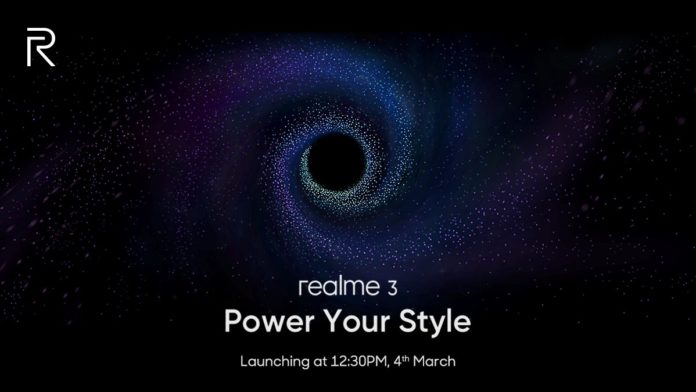 Realme to launch yet another smartphone Realme 3 in India on March 4. The Successor of Realme 4 will be powered by MediaTek Helio P70 chipset. Realme Mobiles confirmed the launch date by posting an image on their social media platforms.

Realme 3 will bring back the diamond cut design from the Realme 1. The device will have a dual rear camera which will be in the verticle position.

Realme 3 will launch in two variants, One in India and another will be global version as per the report from Android Authority. Android Authority also reached out to Realme and the company confirmed that both the variants are of Realme 3 and not Realme A1.

We don’t have detailed specifications about the device just yet so make sure to stay tuned with us for future updates of this device. Also, make sure to follow us on our Telegram channel and facebook page.