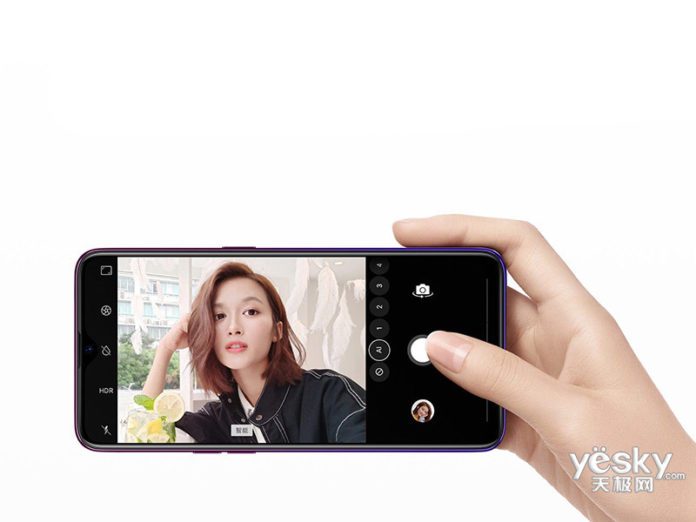 Oppo’s subbrand Realme launched their first phone last year with the aggressive price and Realme managed to get good market share with their first mobile because of a powerful chip in Realme 1. Talking about the Realme 2, It’s not a real upgrade because Realme also confirmed that they will launch Realme 2 Pro which will be the real upgrade of Realme 1.

Well, If you remember Oppo A5 then you must know that Realme 2 device was exactly the same as the Oppo A3S. If you don’t believe us check yourself here. So we are expecting Oppo A7X/ Oppo F9 to launch as Realme 2 Pro in India on September 28.

Logo of the ‘Oppo’ will be replaced with the ‘Realme’ Image in the Realme 2 Pro.

Realme 2 Pro will sport a 6.3-inch FHD+ IPS LCD panel with 2340×180 resolution. Realme 2 Pro is powered by Helio P60 chip which was used in the Realme 1 and it will have 4GB of RAM coupled with 128GB of internal storage.

Talking about the optics, It will sport a 16MP sensor with a 2MP sensor at the back. For the selfie, there is a 16MP camera.

The phone will ship with Android 8.1 Oreo with a custom skin of ColorOS. For the longer use and gaming Realme 2 will have slightly bigger battery capacity at 4230mAh.

There is a fingerprint sensor present at the back and face unlock will be present for those who interested.

Realme is still living in the 2015 and will launch the device with MicroUSB port and Headphone jack will be present.