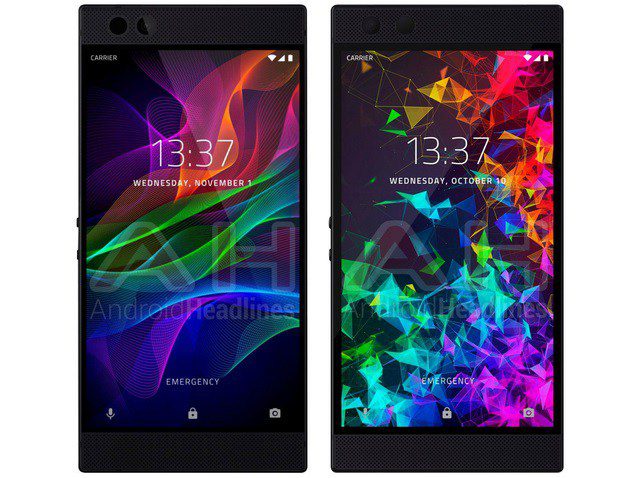 Razer has sent out the press invites for an event held on the October 10. Where the company is going to unveil the successor of the first device Razer Phone. The company will be upgrading the device with the latest features to make a gaming experience even better.

Razer launched the first phone last year and it did well in the market so that Razer decided to make another phone. Razer Phone 2 specifications are already revealed by the geekbench score. You can see that here.

As far as the specification concerned, There isn’t a lot of details available at this time. All we know is Razer Phone 2 will be powered by Snapdragon 845 coupled with 8GB of RAM. It will run on Android 8.1 Oreo. Listing of the device confirms that It will have a QHD+ display with 16:9 aspect ratio and not the 18:9 aspect ratio. Razer might use LCD panel this time as well so that they can give a 120Hz display.

The Razer Phone 2 will (highly likely) finally have Chroma LED effects built in. They’re working to use an LED controller from Texas Instruments to make this happen so the phone lights up when notifications come in.

As far as the design concerned, Razer Phone 2 will have identical design as the Razer Phone-  As per the leaks from the AndroidHeadlines.

“Jeff”: I took some pictures of the upcoming Razer phone. Almost the definitive design.
Evan: Cool, where did these come from?
J: Got a friend in Razer, he sent me them. Obviously I can’t reveal his name.
E: Sure you can, just make something up. You’ve been on a roll so far! pic.twitter.com/cVn2Ycr7Y1