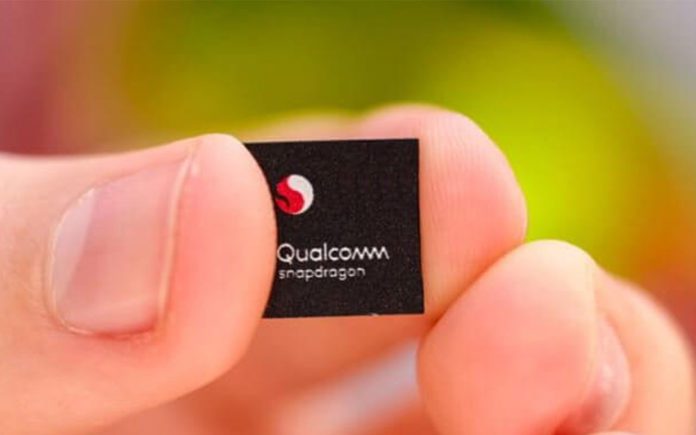 American tech giant Qualcomm announced Snapdragon 855 last year with almost 40% improvement over its predecessor. Qualcomm Snapdragon 855 is powering almost every flagship device from different smartphone OEM since its launch and if that’s not powerful enough company has also announced a mid-year upgrade Snapdragon 855 Plus with some minor improvement. Qualcomm has been working on the successor of Snapdragon 855 from a long time and it seems like the company is testing the Snapdragon 865 as it appears of Geekbench website.

Qualcomm Snapdragon 865 to arrive in two variants; One with 5G support and the another without it. The flagship chipset will likely come with integrated X55 5G modem. The non-5G variant will support 4G LTE band.

Recently, Qualcomm Snapdragon 865 appeared on Geekbench with a codename of QUALCOMM Kona for arm64 with 6GB RAM and Android Q running on top. The octa-core chipset runs on the base frequency of 1.8GHz. 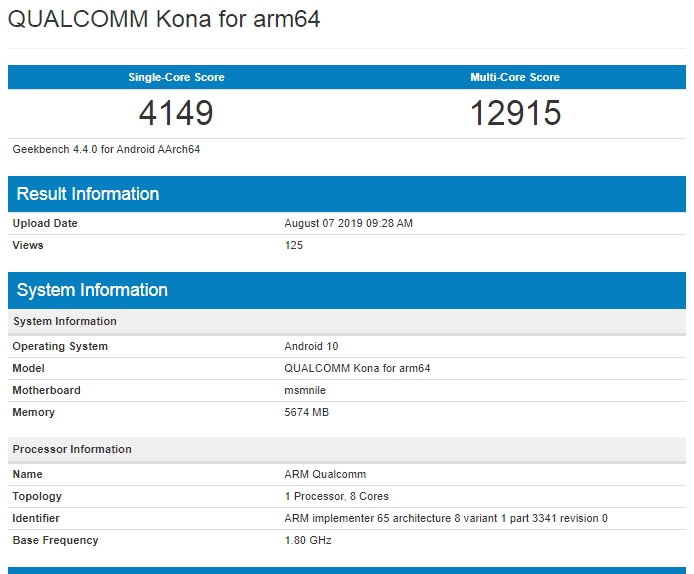