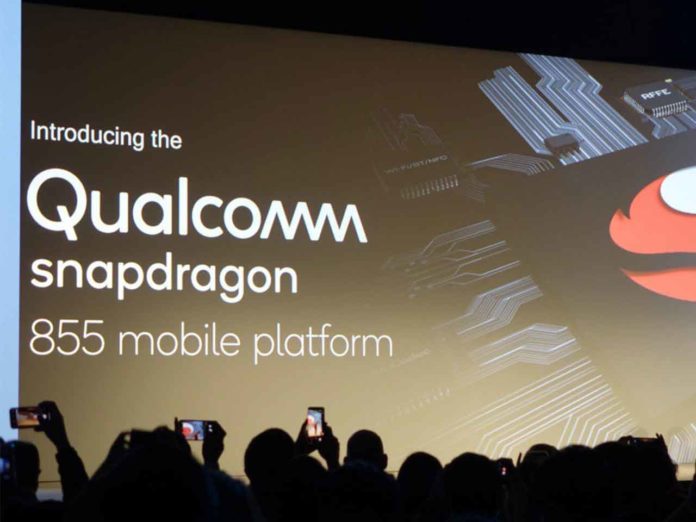 Qualcomm on Tuesday unveiled Snapdragon 855 in Hawaii having 5G support for data networks with “multi-gigabit” mobile data speeds of up to 50 or 100 times faster than current 4G networks and improved AI performance. The new Snapdragon 855 would support Samsung Galaxy phone first which could be launched in the first half of 2019. However, do note the Qualcomm has just made some of the information official. While other mobile platform features and specification will be made public on Day 2. So, stay tuned with our Telegram channel or Facebook page.

Qualcomm’s new generation Snapdragon 855 chipset was the hot topic until today on the web. By mistake, TechCrunch published an article yesterday. But later on, it was pulled off. And many sources have covered some interesting information such as a Benchmark result which interestingly beats Apple’s A12 Bionic chip. 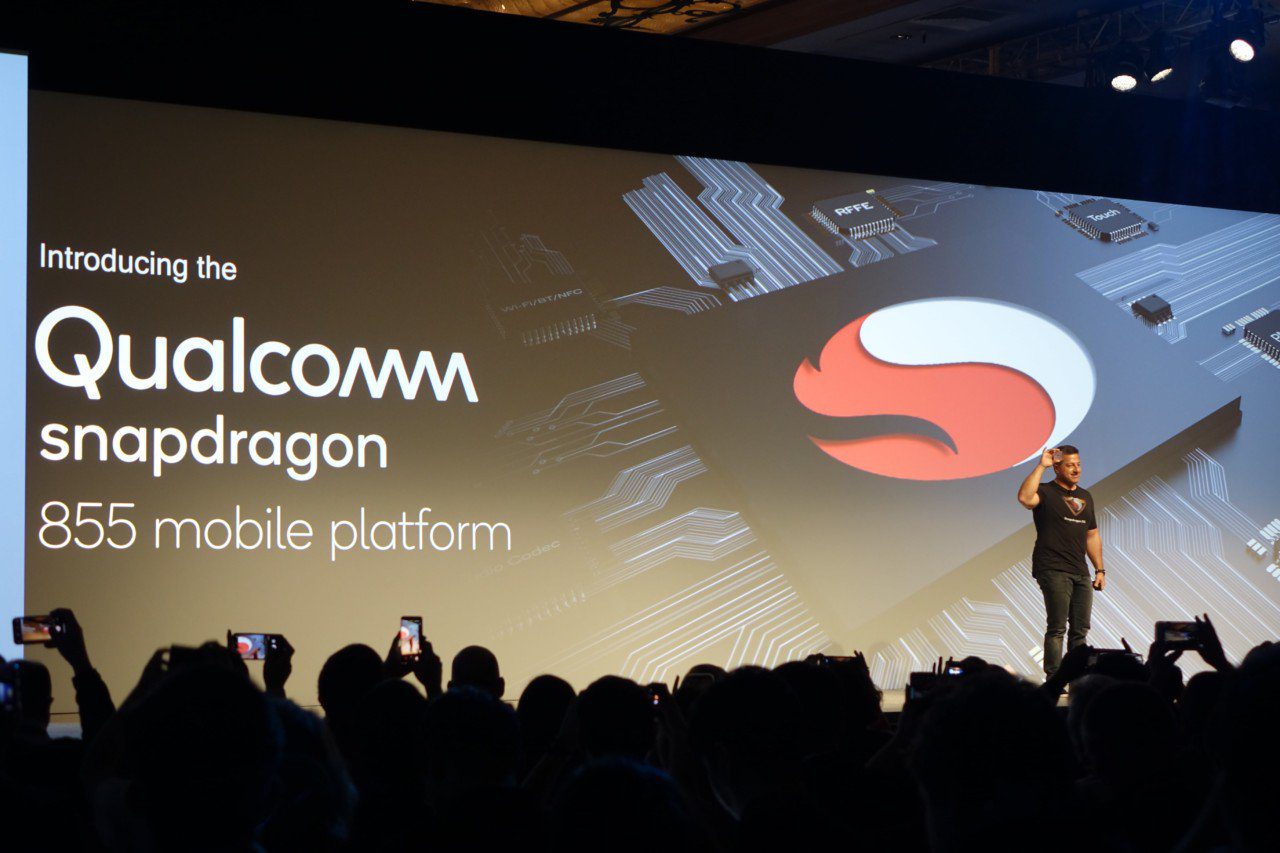 Talking about the specifications, the Qualcomm Snapdragon 855 chipset is the world’s first 5G ‘multi-gigabit’ mobile platform. The chipset sports eight cores and have tri-cluster design. You might know what tri-cluster design generally have. It consists of the single top-performance core clocked 2.84 GHz, three high-power cores clocked at 2.42 GHz and four efficiency cores having a clock speed of 1.78 GHz.

Qualcomm also unveils the Adreno 640 GPU features for Snapdragon 855 chipset for ‘Snapdragon Elite Gaming’. And this is the same as Huawei has introduced the GPU Turbo mode earlier for the smoother gaming experience. Basically, it is a system optimization tool to improve the performance while playing the game on a smartphone.

Further, it is packed with the multi-core Artificial Intelligence engine which promises to provide three times faster AI performance compared to the previous generation Snapdragon chipset for mobile platforms. Qualcomm also said that the chipset will feature the world’s first Computer Vision ISP in order to enable phones to recognise objects and faces and for new video capture features.

The SD855 chipset has two modems, Snapdragon X24 LTE modem, and Snapdragon X50 5G modem. So, it is clear the chipset will add capabilities to connect with the 5G network. Further, the chipset is based on the 7nm process and it will have a dedicated NPU with the multicore AI engine.

Here it is worth to note that it is not yet unveiled when smartphones will hit the market having Snapdragon 855 chipset. But for sure they might come in the first half of 2019. And the first phone could be the Samsung Galaxy S10. Later on Oppo, Vivo, OnePlus, and LG.