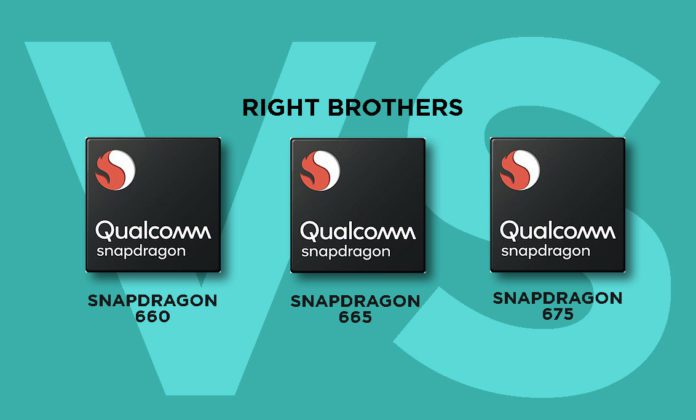 Qualcomm Snapdragon 665 is a minor upgrade over Snapdragon 660 with a better camera ISP and upgraded DSP. Although, The benchmark result says a different story that you can see below.

Qualcomm announced Snapdragon 660 is the two-year-old chipset that was aimed to change the mid-range smartphone market. Snapdragon 660 was used in the many mid-range devices from different companies like Nokia, Vivo, Redmi, Realme, Oppo and more and indeed it was good until more powerful chipsets (Snapdragon 675, SD670) launched in the market.

The latest Qualcomm chipset is a significant upgrade over the Snapdragon 660 chipset. Although It doesn’t perform equally good. it has better DSP and ISP which brings higher megapixel camera support and better AI.

Even though Qualcomm Snapdragon 665 seems to be upgraded over Snapdragon 660, It even fails to get a similar score on Geekbench and Antutu benchmarks. On paper, There is a minor difference between both the chipset in terms of CPU but the benchmark result shows the good difference.

If you enjoyed reading this article let us know in the comments below. Also, If you can follow us on our social media platforms – That would be appreciated. If you want us to compare any other chipset just feel free to tell us in comments below.