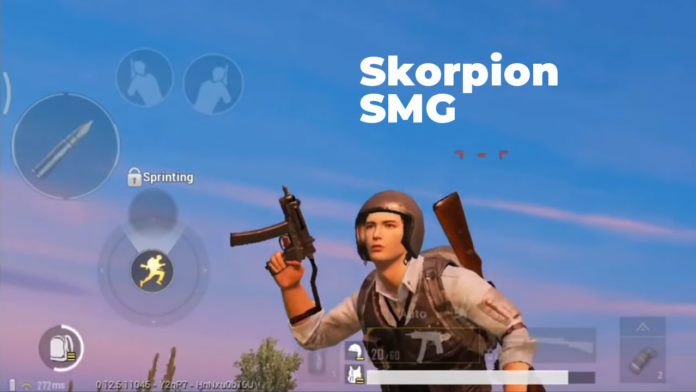 Yesterday, we went through all the leaked information about the PUBG’s upcoming Season 7 Royale Pass. There will be new in-game changes, skins for guns, helmets, and bag as well as a new RP 100 reward. If you haven’t yet, you can catch the information with images here.

It seems the PUBG Mobile will get a new SMG Rifle family member and it will be called ‘Skorpion’. The SMG Rifles are pretty good for close range and it uses the 9MM ammo. Skorpion is also one of them and it will also use a 9MM ammo. Furthermore, the recoil for this SMG Rifle is quite low. It is more stable like DP-28 which is quite a favorite machine gun of the majority of PUBG players.

In terms of look, the new Skorpion looks like UZI. Also, it will have mountings like a suppressor, extended mag, etc. You can check out the images of this new Skorpion SMG Rifle below.

Tencent game is expected to roll out a new update for Season next week. The Season 6 going to end on May 15. So, PUBG servers will be taken down on May 16 in order to upload a new version 0.12.5 update and it will be made available on May 17. However, the official registration for Season 7 Royale Pass expected to begin on May 18.