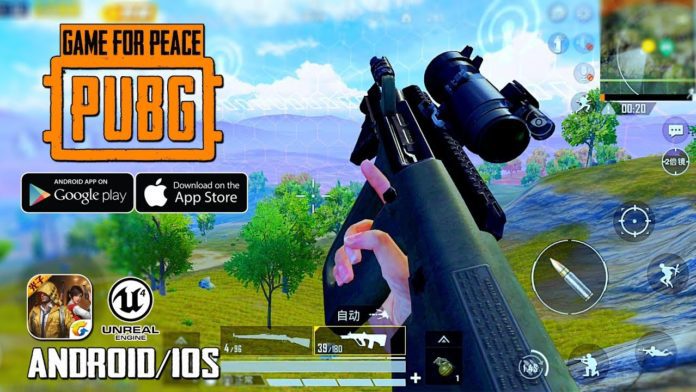 PUBG Mobile, A famous battleground game is shut down in China because of not getting approved by the Chinese Government for monetization. The game publisher released another alternative peaceful game to get approved.

As reported by Reuters, Tencent is actually replacing its PUBG Mobile game with another peaceful battle royale game dubbed, Game for Peace. Tencent website said in a post that, “It pays tribute to the blue sky warriors that guard our country’s airspace.”

In fact, according to a post on Reddit, once you kill a player in the game, they actually wave back at you. Other than the lack of blood and gore, Game for Peace looks and plays almost exactly like PUBG Mobile, according to its players.

Some of the players in China reported that Their progress has been carried out to the new game from PUBG Mobile. So Tencent won’t lose many players by shutting down PUBG Mobile. Also, Players won’t have to start playing from the beginning so that’s actually a good thing.

The Chinese government imposed a new rule on Mobile games. The government will limit the games that show the killing and blood. Even Mahjong and Poker games are also banned because of some reasons.

The new game named Game For Peace is now available in China and you can see the gameplay below. The options, UI and many things look very similar to the PUBG Mobile which is obvious.