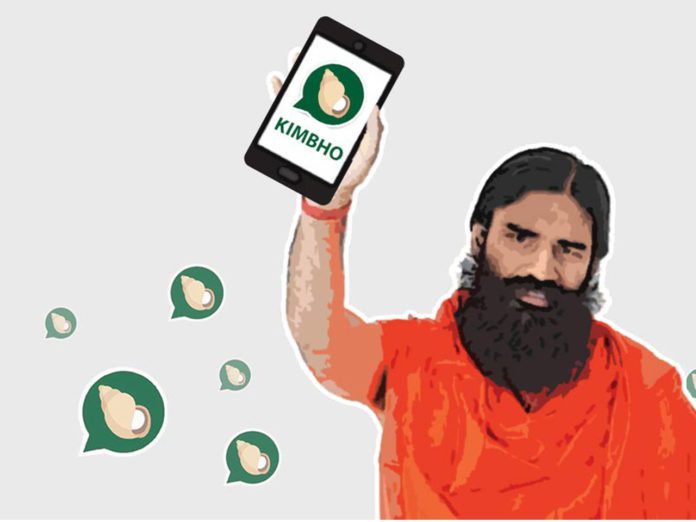 A few hours back Baba Ramdev launched Patanjali’s new messaging service named Kimbho. The controversy started just after that, A French security researchers found this application is not safe to use. Even he was able to access all the chats from the server. That’s the biggest flaw in the messaging application.

Patanjali’s spokesperson SK Tijarawala tweeted, “Now Bharat will speak. After launching sim cards, Ramdev has launched a new messaging application called Kimbho. Now WhatsApp will be given a competition. Our own #SwadeshiMessagingplatform. Download it directly from Google Play store.”

Kimbho is a Sanskrit word, which is used to ask, “How are you? What’s new?” explained Mr. Tijawarawala.

Patanjali’s Kimbho application provides the same service like WhatsApp, It has the group message and direct message features, It’s feature and UI looks very similar to the WhatsApp.

Why Kimbho Removed From PlayStore?

There is no official statement came from the developer or the Patanjali but This might be the reasons behind it.

Kimbho has a security flaw, Anyone with knowledge of website and hacking can easily read all the chats from the app. It doesn’t have an end to end encryption, Ok! But it doesn’t even provide basic security. A developer should have tested it before launching it in the play store and app store.

The KimbhoApp is a copy paste of another application. The description and the screenshots in the app stores are the same. Moreover, the Kimbho app is making a request to bolomessenger.com

The @KimbhoApp is a copy paste of another #application. The description and the screenshots in the app stores are the same. Moreover, the #Kimbho app is making request to bolomessenger[.]com pic.twitter.com/gOKOhash5X

It’s removed from the playstore so there is no way you can download it. But even if you get access or somehow it appears again on the playstore, I suggest, do not use it till it passes all security tests.

Let us know your opinions in comments below. And follow us on Telegram for the regular updates.