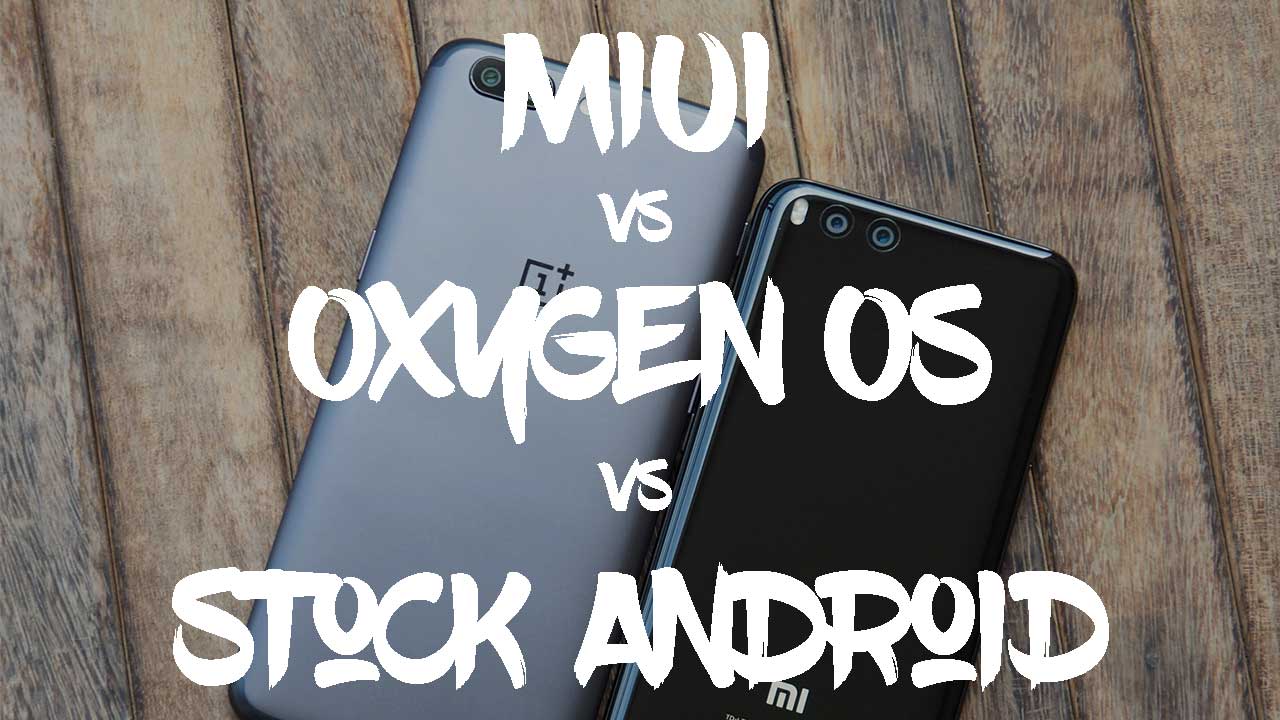 A few days back Xiaomi tweeted a poll and ask their users what they prefer and after seeing that MIUI losing against Stock Android they deleted the tweet. So that’s not new no one wants their company to loss Right? Even tho they deleted the tweet one of the Twitter users was able to get the screenshot of the poll. Where MIUI got 43% vote and Stock android got 57% vote.

Just after few days, someone tweeted a poll about what do you prefer Stock Android or OxygenOS and carl peid tweeted that and said not to delete this tweet. at that time OxygenOS was leading by a huge margin. 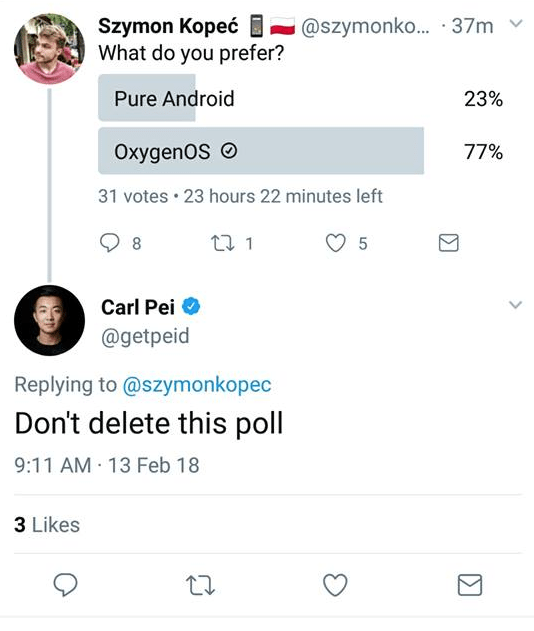 But now looking at the final result of the poll. Stock android is winning here, Stock android gets 55% vote and OXygen OS gets 45% of the vote. A poll is still running so if you wish to vote for your favorite operating system then you better do it now, because it will be ended soon.

What do you prefer?

So we can conclude that no matter how good is any other OS whether its MIUI or Oxygen OS, People seems to be liking Stock Android more. Stock android is known for its no bloatware and smooth performance maybe that’s why people like it more.

Let us know in comments which OS is your favorite and why?