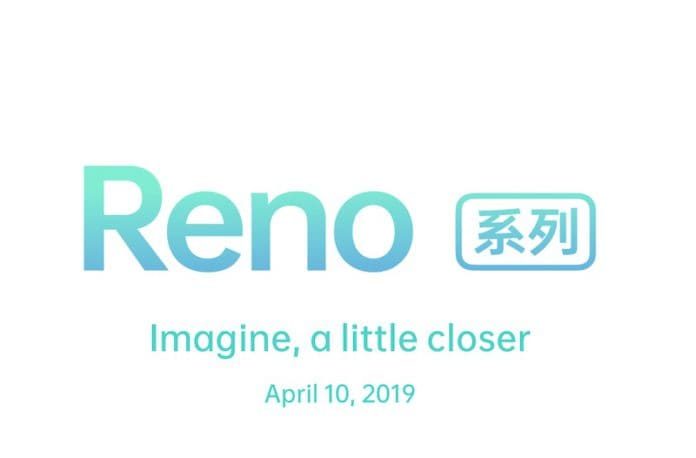 Most of the Chinese companies have their own sub-brand. Like Huawei has Honor, Xiaomi has Redmi, Poco, and Blackshark, and Oppo has Realme and the list goes on. Today Company’s Vice President Brian Shen announced on Weibo that Oppo will launch a new series smartphone called Reno on April 10.

While many media is reporting Reno as a new sub-brand, We want to tell you that Reno isn’t a sub-brand. Oppo Mobiles commented that Reno is a new smartphone series which will announce on April 10.

The IMDA has certified the new Oppo device with model number CPH1917 and it is confirmed to launch under the Reno series. The Bluetooth certification of CPH1917 reveals the key specifications of the device.

The first Reno device will be powered by Qualcomm Snapdragon 710 chipset made on the 10nm fabrication process. The device will flaunt the 6.4-inch Full HD+ display. It is yet to confirm if the device will have a notch or the pop-up camera.

Talking of Optics, Reno will have the dual rear camera setup. The primary camera will be a 48MP sensor which will be paired with a 5MP depth sensor. For the selfies and video calling it will feature a 16MP front camera. The first Reno smartphone will run on Color OS6.0 based on Android Pie.

Oppo mobiles launched Realme sub-brand in India and maybe the company will launch a budget smartphone in China with Reno series. That’s all the information we have about Reno. Stay tuned with us for the future updates and make sure to follow us on Telegram and Facebook.