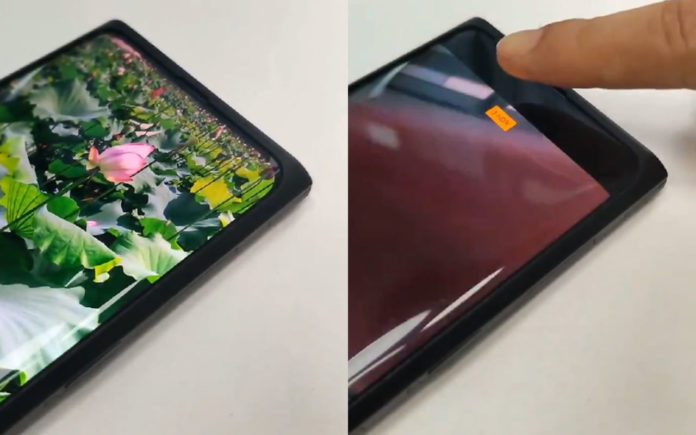 When it comes to Chinese smartphone companies, it seems they are one step ahead in terms of technology. First introduced by Vivo in-display fingerprint sensor and pop-up camera technology now is a part of almost every new phone coming to market. Today, Oppo’s Head shared a new video of their technology which allows placing a camera under display just like an in-display fingerprint sensor.

Now, seems with the in-display fingerprint sensor, it will be possible to offer larger screen-to-body ration in upcoming smartphones. Check out the video attached below which is shared by Oppo’s head.

The camera placed on the top in the center position. If there is a camera turned off, the screen works like an ordinary smartphone screen. Of course, this is an OLED display. When the camera turns on, there is a black bar on the top created which basically contains a front camera and allows the camera to see from transparent glass. To confirm things, in video someone (maybe Oppo’s executive) move his/her finger over the camera which makes things clear.

Right now, it is just a prototype. And there isn’t further information on when it will actually come to market or which one will be the first phone. So far, we have seen many smart pieces of tech from Oppo. Like recent company has installed the world’s first swivel pop-up selfie camera on Oppo Reno. Back in 2013, the company introduced the first phone having rotating camera system on Oppo N1. However, it was a manual.

Join our Telegram channel instant tech updates and smartphone news. Also, you can follow us on our Facebook page.