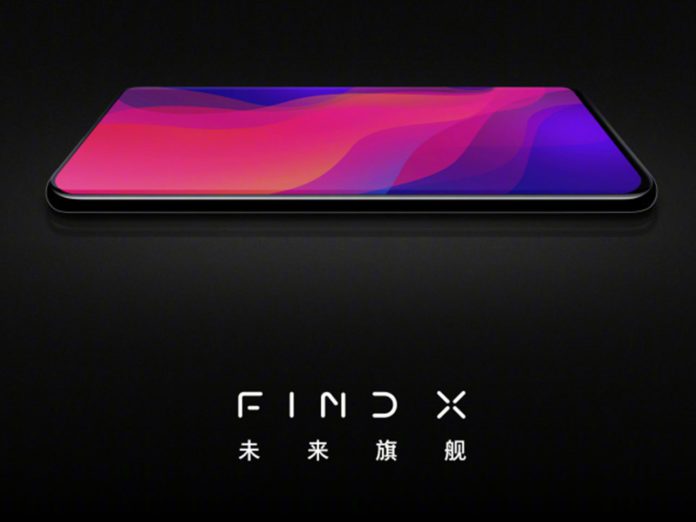 Until now we have seen a bunch of leaks and rumors shows Oppo Find X device will have 90% screen-to-body ratio. In fact we also familiar with its specifications. We have shared device ‘About Phone’ screenshot in our Telegram channel confirms the device key-specs. However, until now we have not seen any attention from the company itself on those leaks and rumors. But, the new teaser has been spotted on the company’s official Weibo account confirms some interesting details about the Oppo’s upcoming device.

First spotted by the ITHome, Oppo has shared an image on its official Weibo account shows the device itself in the image. Its likely to have a promotional banner. Now, one thing is confirmed here that device will have the design like recently released Vivo NEX device. I guess the design is not new for anyone. No doubt, the technology is new, but we already have seen Vivo NEX device which has that pop-up tray for front camera to feature 90% screen-to-body ratio. 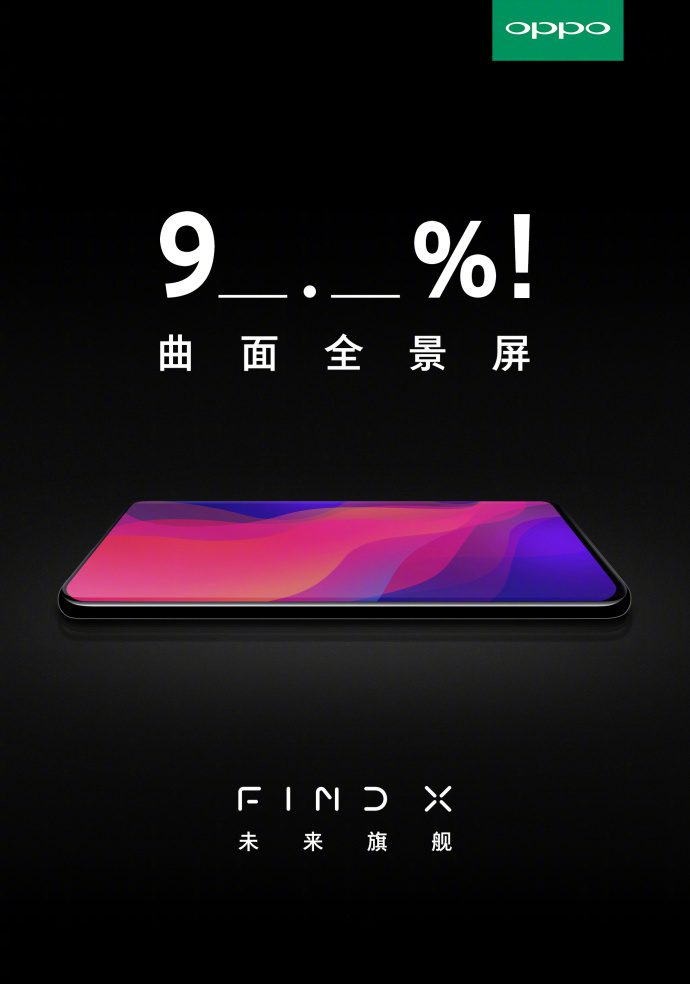 If we talk about the image, the company is asking us a question. Well, Oppo has not unveiled the ratio. But, it confirms the device will have more than or at least 90% screen-to-body ratio. Earlier we have seen some leaked images of this device that was pointing out the same. So, if we sum all of the leaks and rumors, we can say the device will have a similar design to Vivo NEX.

Another thing is the TV ad being spotted on different social websites. The TV ad shows the same design as Oppo Find X which is shown in the teaser image above. The highly reduced bezels, no notch and selfie camera on the front. But, wait for the rear part of this phone in this ad. Probably the device has the glass design on the rear side. Right now, it is hard to say anything. Let me know what you see in the video.