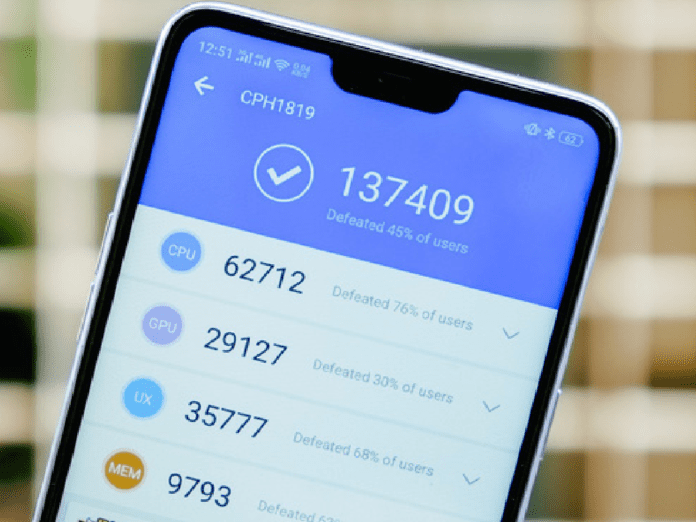 Do you decide everything from the smartphone benchmark results? Well, the answer is quite complicated. If you say yes then you are one of them for whom the performance is the super serious concern, right? Well, I do not want to blame anyone. Benchmark results are not everything to explain the final conclusion on any smartphone’s performance. But, in actual, they put a basic image of any smartphone in front of us shows how smartphone hardware components behave.

See, whenever you use the smartphone for any kind of work, it can be gaming, photo editing, other stuff, etc., your smartphones come under the varying load condition where it has to manage everything very well and stand out against the user expectations. This worry solves the benchmark results. You can understand better with it. But probably not in the Oppo F7 phone case. Oppo smartphone company caught in order to show fake benchmark results of its recently launched Oppo F7 device. This is done by Vietnamese publication.

Oppo F7 comes with the MediaTek Helio P60 which has the same architecture as the SD660 and SD636 and contains the four cores of A53 and four cores of A73. But surprisingly it scores exceptionally well in the benchmark results. 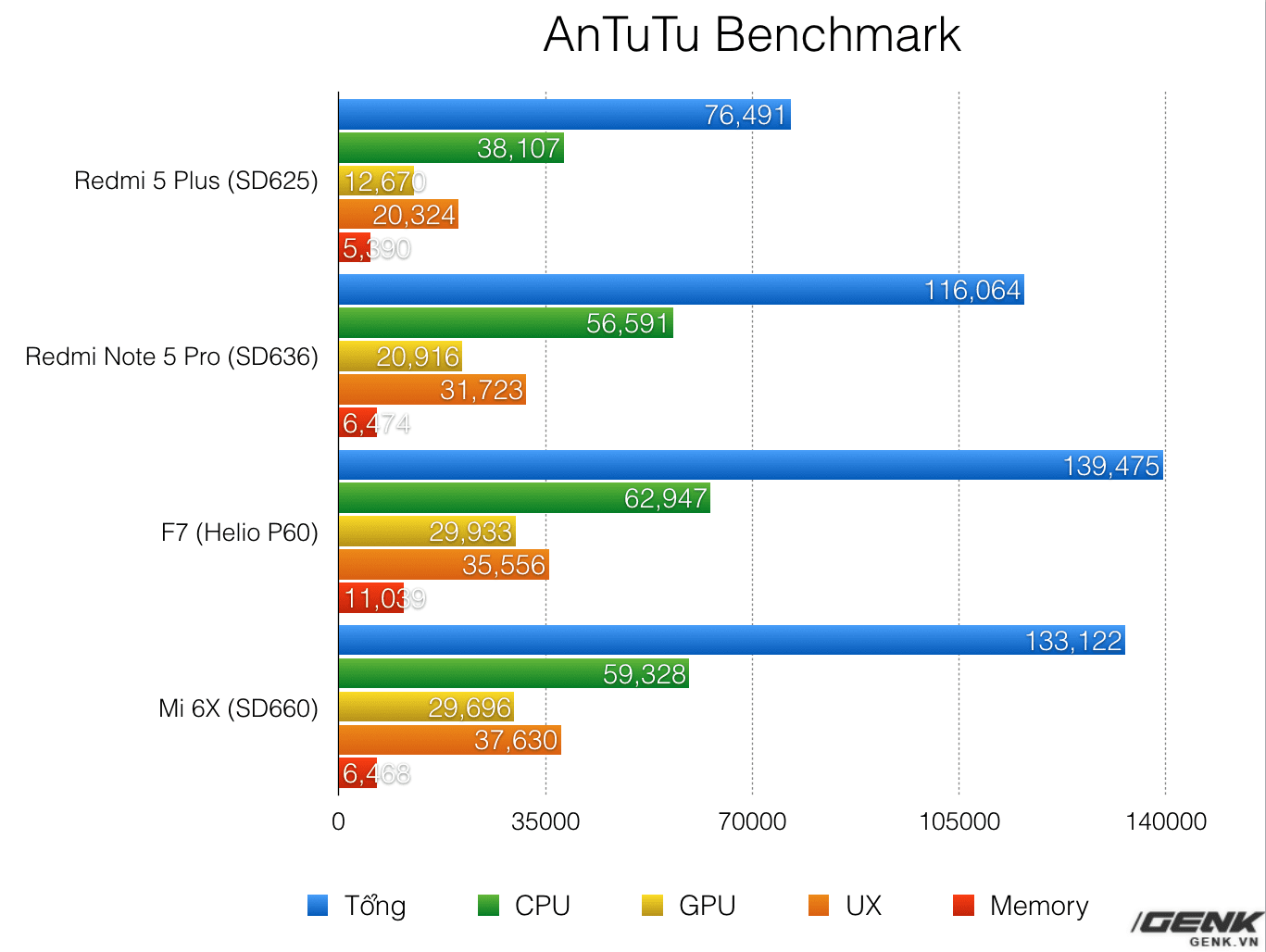 Vietnamese blog Genk have done the test with the four different chipsets. SD625 (Redmi 5 Plus), SD636 (Redmi Note 5 Pro), Helio P60 (Oppo F7) and SD660 (Mi 6X). And then as you can see the results in the image. Such kind of results can surprise anyone. Compared to all Qualcomm chipsets, Helio P60 is doing well. It has the highest scores than all other three chipsets.

At a time let us accept that Helio P60 has the good CPU performance but it is very hard to believe that it can beat the Snapdragon 660 chipset.

How Is It Happening?

To catch all this mess happening, Genk used a different software to run the test again on the Oppo F7 device. And as they expected, they did not get the surprising results. Oppo F7 is just behaving normally with the low benchmarking scores. So, how is it happening?

Well, Oppo F7 device comes with the Oppo’s modified user interface with some tweaks inside. As Genk claimed, Oppo F7 smartphone tracks the user activities happening on their device. When any of the users open the benchmark application, the device will force the all of the eight cores of the Helio P60 chipset to run at the highest clock speed available which is 2GHz in order to achieve the highest performance as possible. So, as a result, the benchmark application shows the highest score.

Interestingly, this happens even if the user has opened the benchmark application but does not begin the test and when user exit the application, the pulse rate decreases to the normal around 793MHz.