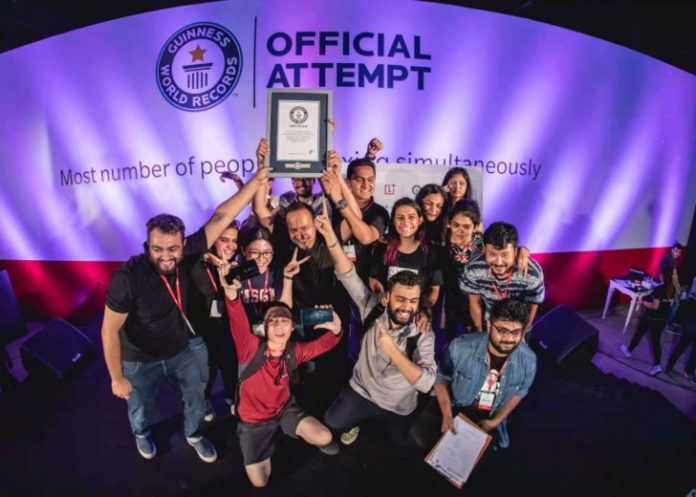 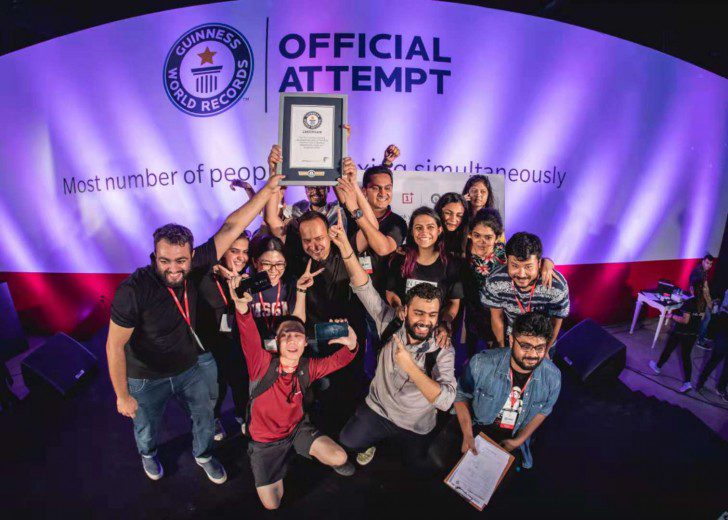 From now on, OnePlus is the record holder in Guinness World Records list for the most number of people simultaneously unboxing the OnePlus 6T phone.

The new OnePlus 6T launched in India on October 30. Well, the device has some salty changes over the OnePlus 6 device. However, right now it is not the main point. So, coming onto the main topic, the company has held another event in India on November 1 in Mumbai. Some of the participants in this post-launch event were the first owners of the new OnePlus 6T device.

The new Guinness World Record is made at the Richardson and Cruddas in Mumbai where the new OnePlus 6T owners and some community members have been invited. According to the report by GSMArena the record was made on November 1 at 8:30 PM IST for the unboxing their phones at the same time. From now, OnePlus owns the record of unboxing 559 OnePlus 6T devices at the same time simultaneously, confirmed by the Guinness World Records.

It is worth to say that from the last couple of months, the OnePlus community is expanding itself. There are more members have been already joined in the OnePlus community. And as I have mentioned earlier, some of the participants were the new owner of the OnePlus 6T device. If you want to know more about OnePlus 6T, then you can go to this article.

Join our Telegram channel to get the latest tech updates and smartphone news. Now, no need to visit articles more!