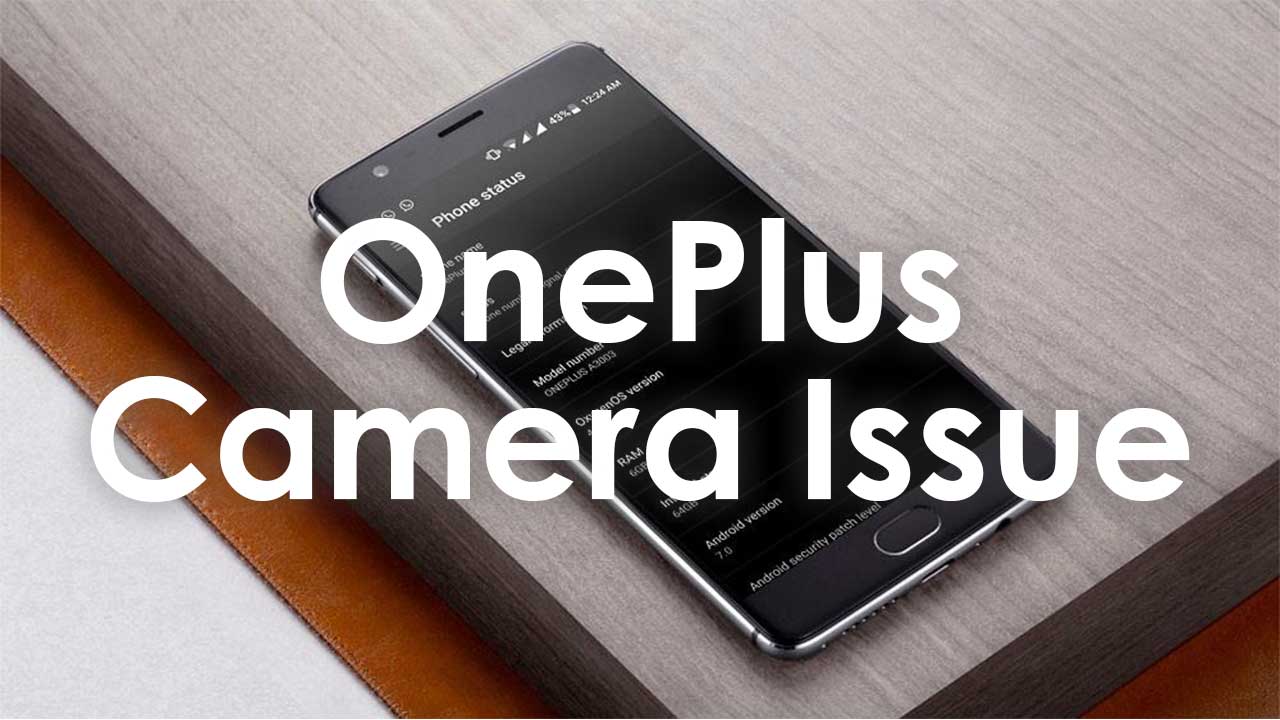 OnePlus3T’s Camera2API problem is not hidden from anyone. There are several issues with that and one of the Reddit user posted about it in detail and also tried to contact the OnePlus team for this issue. Also after many tries and asking in forms OP made a petition on change[dot]org so that more people sign that and OnePlus hear the voice of people and solve the issue.

This Custom Modder will Add 8,000 mAh Battery to OnePlus 5

“We all praise the efforts of OEMs to keep our phones with the latest software. We love the updates for the new functionalities, increased stability or even for the sake of having a higher number buried on “about the phone” section. However, it all goes to waste when companies, in this case, OnePlus, break and/or limit functionalities which were working good, with a new update iteration.

In this particular case, when the nougat update first started to roll out, people noted strange behaviors when using third-party cameras (the ones that rely on camera2 API). Under some situations, the phones would hang for a long long time, crash, and display strange artifacts on the viewfinder. As it impacted heavily the phone camera usage, these issues were massively reported on OnePlus forums, twitter, and xda. (even by the creator of the known OpenCamera). Despite that, they got ignored, report after report, and still, to this day, almost a year later, there wasn’t any official position on the issue

On the other hand, using the stock camera app won’t reveal any issues. Why? Because it’s using a modded legacy API (with HAL3 for the front camera according to sultanxda) to make it work. (The fact that an OEM is still using this method in 2017/18 would deserve its own discussion, but I will leave as it is since it’s not particularly relevant for this topic). But, as you may ask if the stock camera works seamlessly, why do we need to rely on 3rd party ones?

For those who might have interest in the topic, I’ll shed this additional information.

These itself result in a partially useless camera2 API implementation which, if it wasn’t enough already, make the phone unstable for every user. All it takes is a camera app download from the play store.

Here is the video that he posted on YouTube regarding the same issue.

If you own OnePlus3T and would like to support him and wants OnePlus to solve this problem then here is the link to petition.