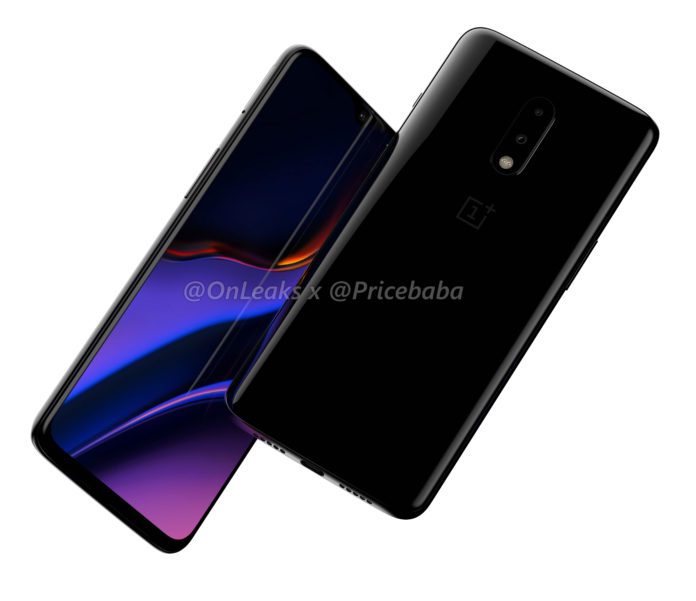 OnePlus is all set to launch the two new devices in the global market on May 14 (as per leaks). The company hasn’t confirmed the launch date yet but we know that OnePlus will launch a total of three new devices.

The design of OnePlus 7 looks almost identical to the OnePlus 6T. The device features a curved display with the waterdrop notch. OnePlus 7 features 6.2-inch FullHD+ AMOLED display with support of In-Display fingerprint sensor.

Talking of Optics, Unline OnePlus 7 Pro it will have a dual camera setup with upgraded camera sensors from Sony. OnePlus 7 will be powered by Qualcomm Snapdragon 855 chipset which will be paired with 6/ 8GB RAM and 128GB/ 256GB internal storage.

OnePlus 7 will pack 4150 mAh battery with support of fast charger. The company is adding more battery by ditching the headphone jack and rear fingerprint sensor. The device will run Android Pie based on OxygenOS out of the box.

OnePlus 7 is expected to launch in the global market on May 14 and It will launch in India very next day on May 15. The OnePlus flagships will be exclusively available on Amazon. The device is expected to be priced around Rs. 40,000 and the Pro variant may cost more because of the Pop-Up selfie camera and Triple rear camera setup.