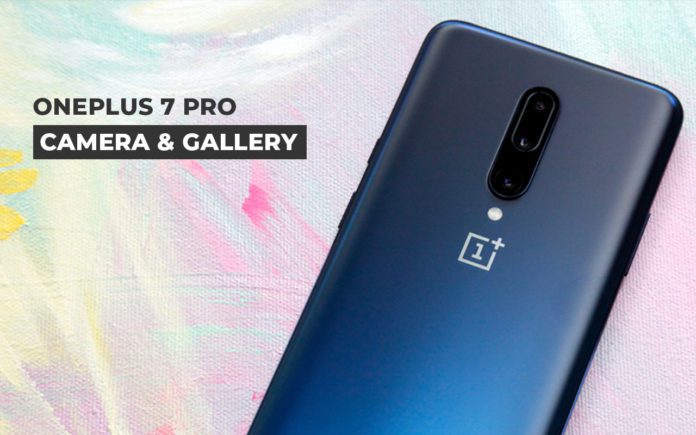 OnePlus launched two new devices on May 14. Compared to the previous generation devices, OnePlus has increased price little bit for their ‘Pro’ variant. Yes, talking about OnePlus 7 Pro which comes with the killer specifications. With the better internals and super smooth OxygenOS, the device breaking records in comparison with other flagship smartphones.

Previously we shared OnePlus 7 and OnePlus 7 Pro wallpapers in high resolution. Although, out of the box, OnePlus 7 Pro comes with the updated Camera and Gallery apps compared to the older OnePlus devices running on Android 9 Pie. You can download them from below.

There aren’t significant changes in new OnePlus camera application. As noticed few, you will find some settings name renamed such as Auto Nightscape Scene Detection is now Smart Content Detection. A new feature called Customized modes has been added which allows the user to play with some more toggles to enhance photo quality. If your device already has the same version of the camera, then there no need of downloading. If not, you can download the v3.2.91 from the link below.

OnePlus 7 Pro gallery looks the same as the previous devices have. It doesn’t bring many changes inside. Although as noticed, the Collections page now has a new carousel interface. To me, it looks much cleaner than before. The media viewer is also slightly tweaked such as favorites button now move to top. The newly updated app of OnePlus 7 Pro Gallery gets version 3.2.7.