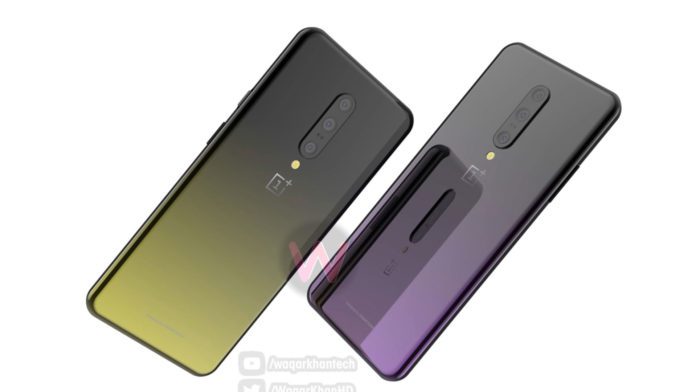 We all know, OnePlus is now all into its upcoming flagship – OnePlus 7. Earlier this month we saw CAD renders of this upcoming handset which has revealed some interesting design ideas that OnePlus could be working on. OnePlus 7 will arguably be an eye-catching device in terms of design.

An interesting video has been spotted on YouTube which shows some sweet colorful renders of OnePlus 7. Believe me, the colors are looking so much satisfying. Video has been created by Waqar Khan and he shows OnePlus 7 in his video ins four different color options.

The design remains the same as we have seen in the previous CAD renders by Steve, better known as OnLeaks in the world on leaks. Waqar has shown better color idea which we most probably will not see in case of regular OnePlus 7 device when it comes out in the market.

Of course, OnePlus fans have their eyes waiting to see this device because it will also have demanding internals under the hood. It will be powered by Snapdragon 855 paired with the 12GB of RAM. While on the front user will get 6.5-inches AMOLED panel. And to power up everything the company will install 4,000 mAh battery which will support 45W Warp charging feature.

Let us know what do you think about the upcoming OnePlus 7 device.