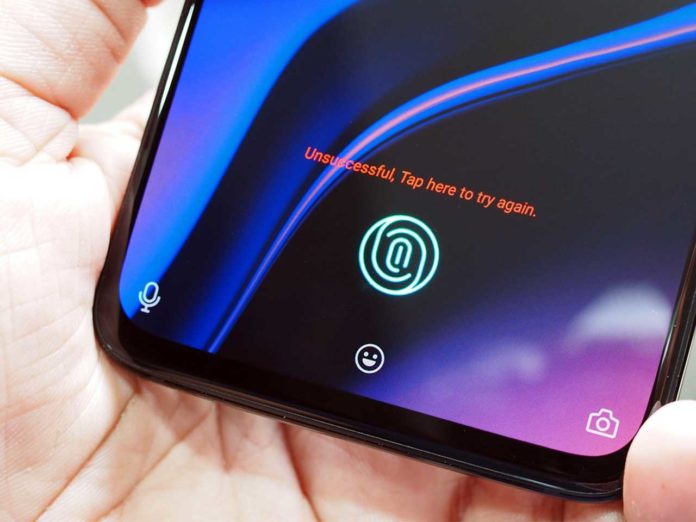 OnePlus 6T was the most anticipated smartphone. The device has some nifty changes over the OnePlus 6. The performance is increased, water-drop notch placed, the in-display fingerprint sensor is now there and yeah, how we can forget, the headphone jack has been removed. That’s some sort of like no need to pay for this phone if you are already a OnePlus 6T user. Anyways, coming onto the point, one of the OnePlus 6T users is facing the face unlock issue.

Reddit is the place to find out such incidents where tons of people are active every day. Recently, a user needikunn has posted in official OnePlus subreddit. He shared a complete story where he explains how his friend can be able to unlock his phone with his own fingerprint sensor which is not registered earlier. It is surprising, right? But, actually, it is happening with him in his OnePlus 6T. Reportedly, other people who are using OnePlus 6T not have positive replies in the comment section of this post. But, needikunn says, he tried 5 times and in 2 times his phone unlocked.

For the first, he sets up his (needikunn) face on his 6T. Then he also registers his finger in his OnePlus 6T device. Now, he gives this phone to his friend in the unlocked condition. He then proceeded to have a look around the phone and the lock it. Now, when he turned on the phone, his face was unrecognized by the device so he got the screen that requires the fingerprint or the pin to enter. From there his friend was able to enter into the phone with an unregistered finger.

For the second time, needikunn turns off the face unlock of his OnePlus 6T device. However, he keeps fingerprint lock turned on. But, this time the device didn’t get unlocked. So, he finally comes on the conclusion.

Now, it is clear that this problem can be the software based. Further, people are not sure in the comment section about their own OnePlus 6T device because no one has shared the positive reply.