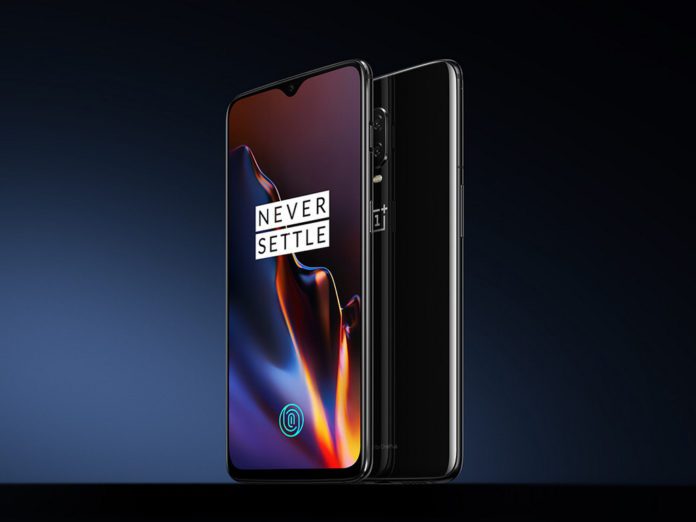 OnePlus launched their best device OnePlus 6T in the U.S. yesterday with the great pricing and great launch offers. If you missed all that stuff including specs and offers then you should check out our article right now.

OnePlus 6T packs some interesting yet boring specs. It has Snapdragon 845 coupled with 6GB or 8GB RAM and 128GB or 256GB of internal storage. Usually, T is a minor upgrade from the regular variant so don’t expect it to see something new. Yet there is In-Display Fingerprint, Better night camera, Better display with a tiny notch. With some improved specs, OnePlus also improves the ranking in the Benchmark even though it has the same processor and RAM (Thanks to the new UI).

We will see several Benchmark test so stick till the end to see the results. 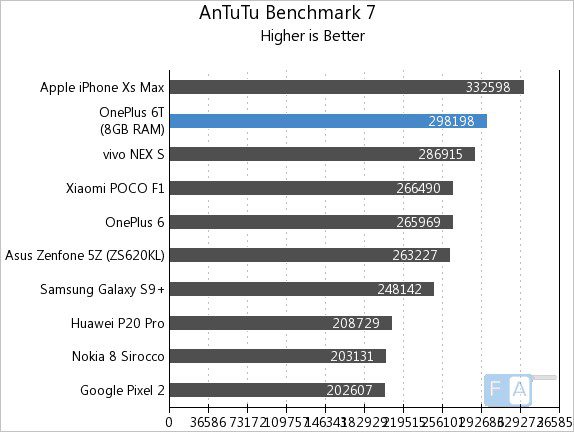 OnePlus hasn’t improved a lot in the Geekbench 4 Single Core scores. Instead, it falls behind the OnePlus 6, there isn’t a major difference between both the scores. OnePlus 6T hits 2431 in single core geekbench 4 test. 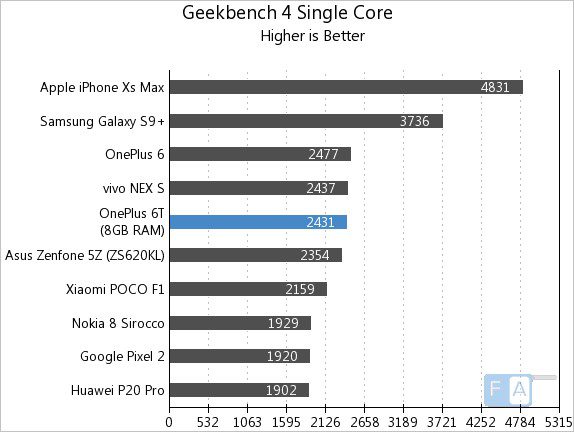 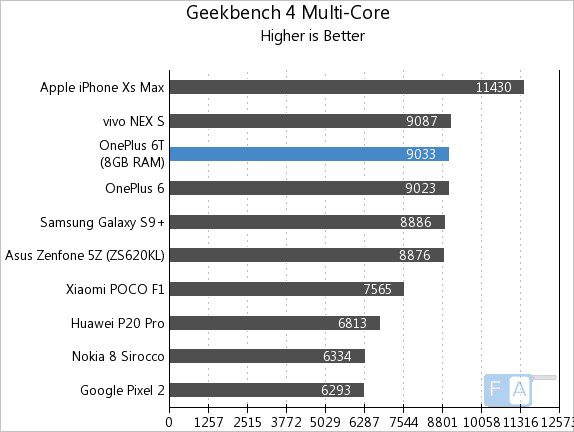 With the Multi-Core scores, OnePlus 6T definitely improved a lit bit. Yet no huge difference tho but gets the 3rd position after iPhone Xs Max and Vivo Nex with the score of 9033 in Multi-Core Geekbench Scores. 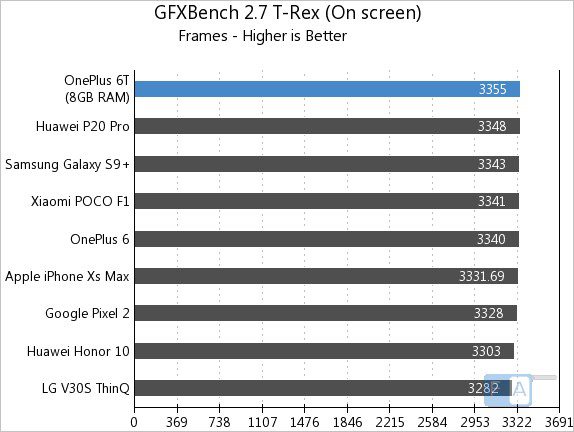 This is another test in GFXBench 3.0, where OnePlus 6T secured the 2nd position with the score of 3652 after iPhone Xs Max’s 3666 scores. 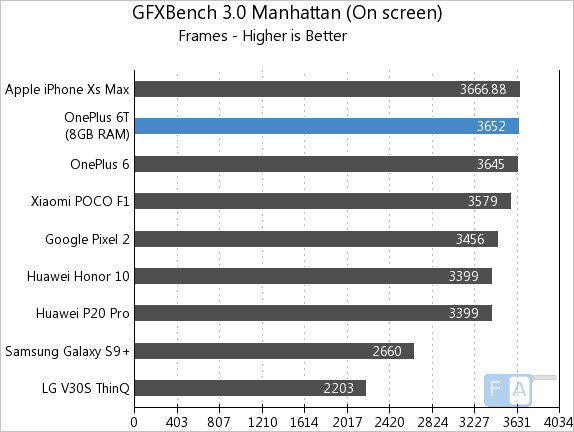 Once again OnePlus 6T secured the first position with the highest score of 45,601 in Basemark X 1.1. Xiaomi’s Poco F1 stays at 2nd position. 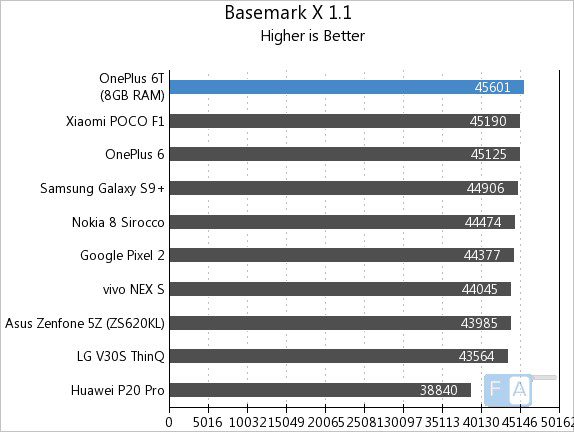 OnePlus 6T failed to get in the top 2 this time. Apple iPhone Xs Max leads the list and OnePlus 6T achieved the 5th position with the score of 4,814. 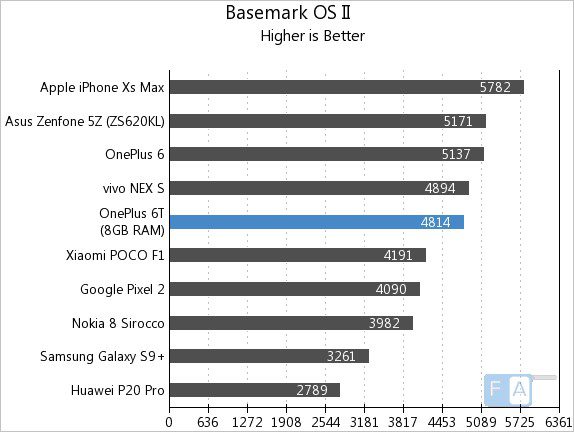 Overall OnePlus 6T did a great job in the benchmark. Most of the time it stays in the first or second position. Let us know what do you think about the benchmarks.

Join us on Telegram for instant tech updates on your mobile, we won’t spam your telegram by sending links.