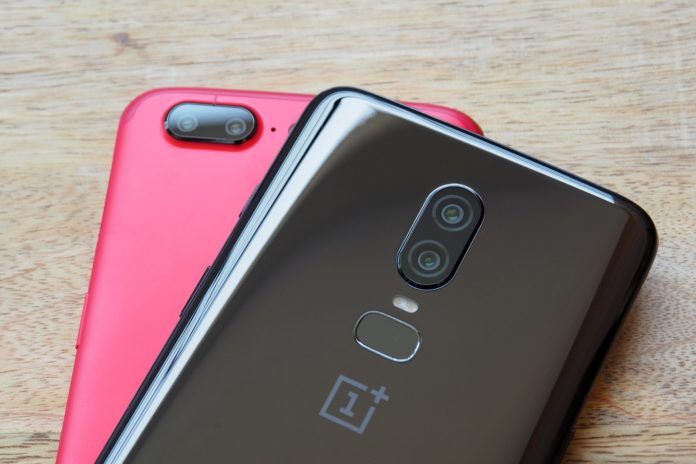 After teasing fans, OnePlus has released it’s all-new flagship smartphone, OnePlus 6 which has some high-end specifications. According to its price, this is definitely the most affordable smartphone. This time OnePlus has a new member of the family has some new clothes. And you guessed right. I am talking about OnePlus 6 having back covered by beautiful glass. Well, if you move your eyes on design, those curved edges and metallic body it looks like to have a similar footprint of OnePlus 5T. Hence, it proves OnePlus still want to provide some of their signature marks.

OnePlus 6 is packed with the powerful chipset fixed under the hood. And indeed those small pieces of hardware deserves the respect. After all, the internals is responsible to provide lightning fast performance. But, OnePlus 5T’s feet are also in the same race. So, if you are thinking about to upgrade your device then you should take decisions after this article.

OnePlus 5T is not an older device that could deliver the slower performance. Still, the device is alive in the market with the better performance and better internals. As every year the company does, they launched new OnePlus 6 with some better-upgraded internals. However, there are no major changes in the components.

Yes, the first thing you will note, OnePlus 6 comes with the latest Qualcomm chipset SD845 placed under the hood which is able to deliver the lightning fast performance, while a OnePlus 5T device comes with one-gen older SoC, Snapdragon 835. But there is no significant impact on performance.

However, you will find some major similarities in some departments like RAM, battery, storage capacities and operating system. Out of the box, you will get OnePlus 6 in your hand running on OxygenOS 5.1.2 atop Android Oreo. But, OnePlus providing Android P Beta update support. Thankfully, it has also headphone jack provided. It is still alive!

Editor’s Choice: OnePlus 6 and The Bullets Wireless: Can They Provide All The Speed You Need?

Of course, OnePlus 6 has adopted new design and I am pretty much lover of that mirror variant. The glass on the back and those more curved edged on the back makes this new device more comfortable to handle in hand. Obviously, the design is the major change you will notice. Further, that OnePlus has finally their feet in Notch family. So, the user will have more space to play with their device screen.

Now, let’s talk about those cameras. Yes, you will find no changes in camera sensors. But, here’s a change comes in the stabilization mechanism. The previously launched OnePlus 5T has not the camera with the OIS. However, the company has also not mentioned it has the EIS or not. But, I guess it is present incase of OnePlus 5T. Where, the newer OnePlus 6 comes with the both OIS and EIS on the rear camera. It is pretty cool. OnePlus has finally taken over that problem.

I suggest for not to upgrade at this time if you are using the OnePlus 5T device. Yes, if you are just Android love and not OnePlus lover, you can wait for Google Pixel 3 device coming later this year. OnePlus 5T is can clearly give the tough competition to newly launched OnePlus 6 device in some areas. Infact the OnePlus 5T is better, if you are not a huge fan of ‘Notch’ designed phones.

But, if you are one of those who are going to pick a OnePlus device for the first time or not picked up OnePlus 5T, probably OnePlus 6 will be the great choice for you!

Let me know what you have decided in the comment box!