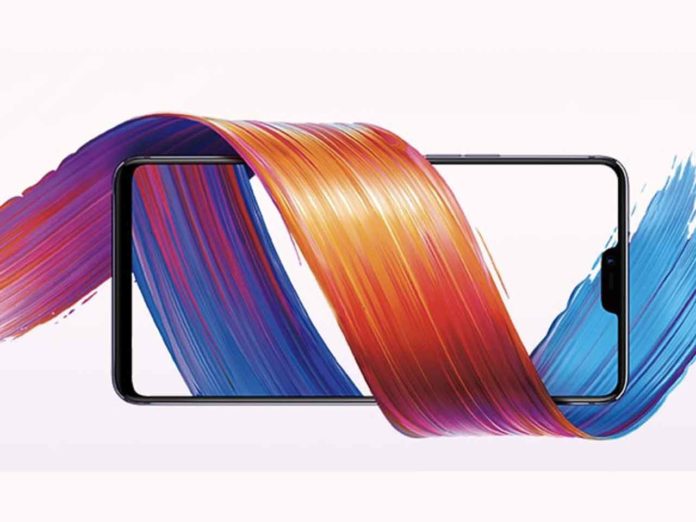 Now, OnePlus 6 is the device for what everyone is waiting. Everyone’s eye now on this device. The frequently coming leaks adds more and more information and makes everyone excited. OnePlus have recently rolled out their OxygenOS Beta 4 update for their OnePlus 5T and we have seen earlier that XDA Developers have managed to get some really interesting stuff of OnePlus 6 which is its codename: Enchilada. Also, it will have that notch on the top similar to iPhone X.

Just a suggestion: Know the names of the phones coming with notch this year!

Now, another one leaks spotted on the SlashLeaks that gives us another some interesting information about this upcoming flagship device. It shows some major key features of OnePlus 6 along with its price. 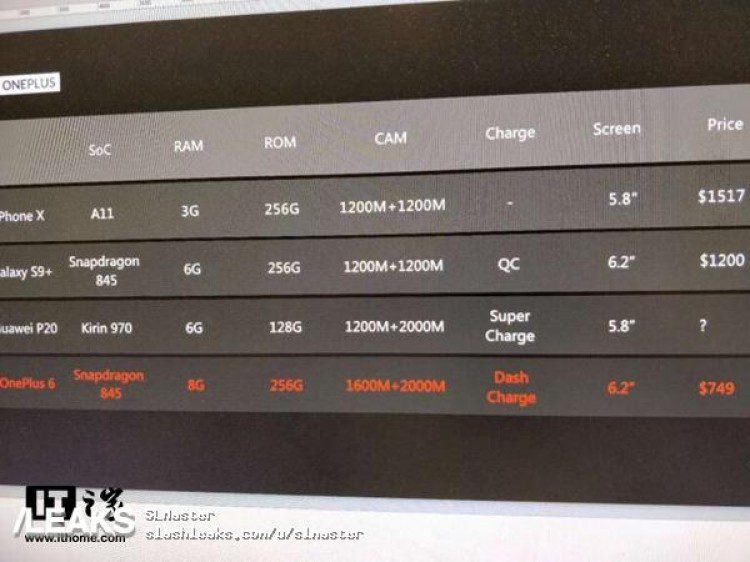 The new leaked image shows some other phone information along with the OnePlus 6. However, except OnePlus 6, they all are now official. So, the line which is in Red color shows us some interesting details. OnePlus 6 will have the Snapdragon 845 Chipset. But, I think this not the surprising for all of us. Because earlier this is confirmed by the OnePlus CEO Pete Lau.

Coming to the next column. OnePlus 6 will probably have the 8GB of RAM with the 256GB of ROM. This is quite new information for us. Along with that, the company has installed the dash charging on this mobile phone which is quite necessary. Snapdragon 845 is power hungry chipset. So, it becomes really important to rapidly charge the battery.

As far as the display concern, it will be around 6.2-inch according to this leaked image. But, still, there is no information regarding its resolution. However, it should be Full HD+. In the camera department, OnePlus 6 will come with the vertically positioned dual camera having the 16MP and 20MP sensors and exactly below the camera, there will be the fingerprint sensor according to the earlier leaked images. The device will definitely come with the flagship like features and as per this leaked image, OnePlus 6 will get the price tag of $749.