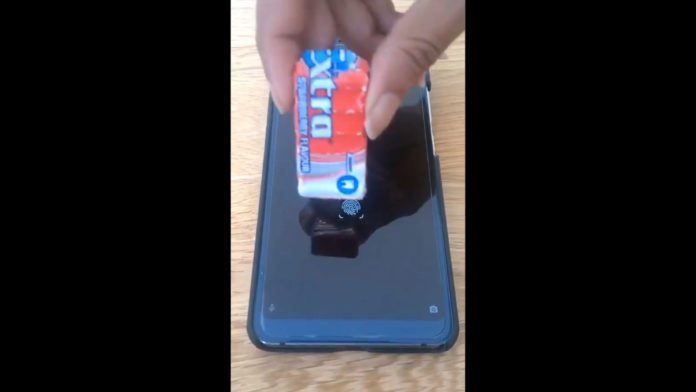 The world’s first Penta-camera smartphone struggling in the smartphone market right now. Yet it has to be launched in India which is rumored to hit the market by the end of April. Keeping everything aside, HMD Global is releasing the first update on this phone carries nifty improvements.

The new update is now rolling out promises to improve system stability and some user interface changes. Although, it seems the under display fingerprint sensor is not quite ready to keep the phone secure. Recently, a Nokia 9 PureView user shared a video on his Twitter profile which shows the phone now can be easily unlocked with the packet of chewing gum. Seriously!

Apart from the chewing gum packet experiment, he also tries to someone’s unregistered finger. And guess what, yes, it also works. Nothing can be funnier than this vulnerability right now in Nokia 9 PureView device.

The phone is coming to India by the end of April. And yesterday, we shared an update in Telegram channel about its pricing. In India, the phone might get the price tag of Rs. 46,999. Let us know what do you think about this in the comment box!

Video of the fingerprint sensor unlocking phone with a packet of chewing gum and someone else’s finger pic.twitter.com/jwY4ZG7uCh