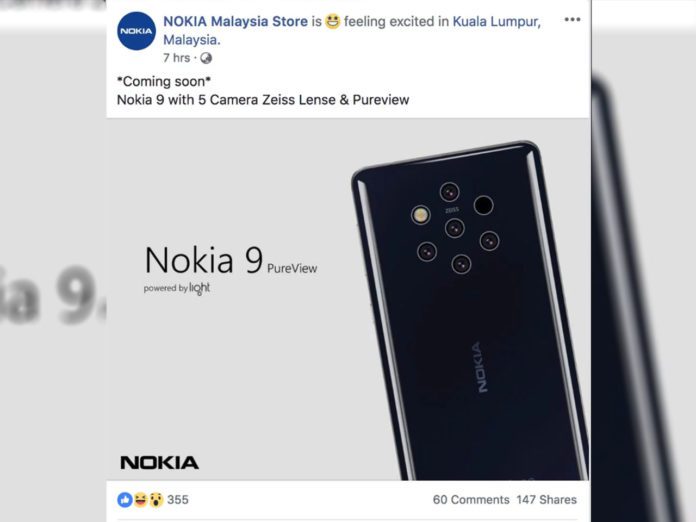 Nokia 9 will launch very soon. We don’t know the exact date of launch but that is what said by the Nokia’s Malaysia store. Earlier Nokia sent invites for 4th October but it doesn’t seem like 4th October is the day when Nokia 9 is launching. If you wanna know what is going to launch on 4th October then check out our articles.

Nokia 9 PureView will have 5 cameras and flash at the rear side. Those cameras could be:

Nokia Malaysia Store uploaded a photo on their facebook page with the caption “coming soon” and “Nokia 9 with 5 camera Zeiss lens and PureView”. 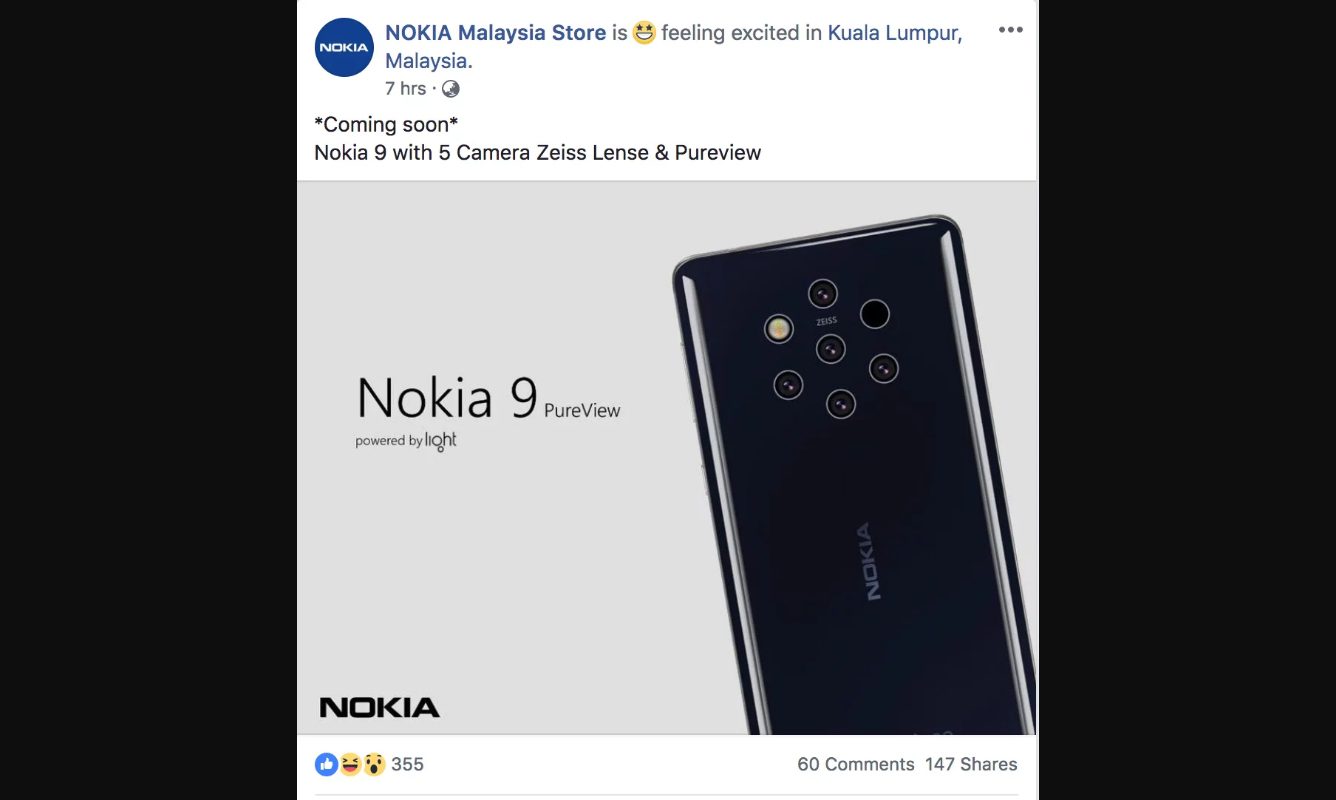 Earlier leaks said that this device has been delayed to next year for several reasons but after Nokia posted this picture we can say that this device will launch later this year.
Nokia 9 PureView will be the flagship device and Nokia is planning to re-birth the PureView brand.

Nokia 9 PureView will be Nokia’s flagship device so it is expected to come with the Snapdragon 845 and 8GB of RAM. The device will have a 5.7-inch QHD+ Optic OLED Display. Also, some other features like wireless charging and IP68 certified water resistance are said to be present.