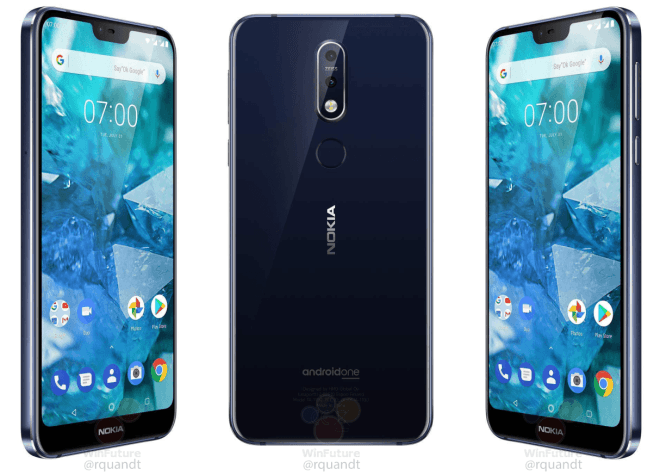 Nokia 7.1 Leaked winfuture in its full glory. The device will announce tomorrow (October 4). Nokia 7.1 will be powered by the Snapdragon 636 which is mostly used in the mid-range devices. The device will launch in two different variants, one with 3GB RAM + 32GB Internals and another with 4GB RAM + 64GB internals.

Talking about the optics, It will sport dual rear camera with Zeiss optics – 12MP + 5MP. It will have a single front camera in the notch.

The report says that the device will have a glass back and side frame will be made by aluminum.