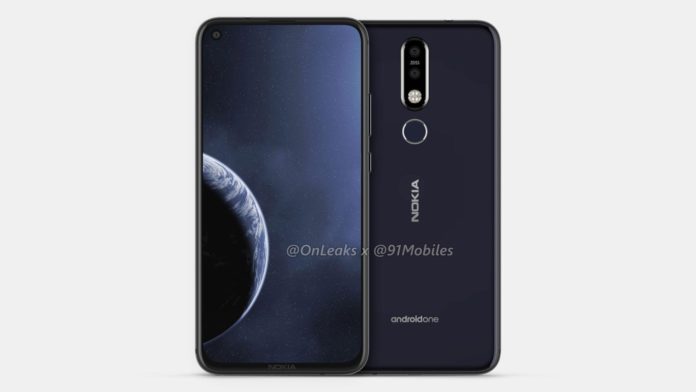 HMD Global launched Nokia 6 back in February 2017 and the successor of that was launched at Nokia 6.1 (in some region as Nokia 6 2018). HMD Global is working on yet another successor called Nokia 6.2 (Nokia 6 2019) to launch in the global market.

Nokia 6.2 might launch in China first and then it will make its debut in the global market just like the previous models.

According to the leaker, Nokia 6.2 will be powered by Snapdragon 632 chipset which will be paired with 4GB or 6GB of RAM. We don’t know yet why HMD Global would do that we will know this in future why they are using Snapdragon 632 instead of some powerful chipsets.

The Nokia 6.2 could sport 6.2-inch Full HD+ Display with punch hole notch located at the left or right. The earlier leaked Nokia 8.1 Plus models gives an idea how punch hole display will look like in Nokia 6.2.

Talking of the Optics, It will have a dual rear camera and a primary sensor will be 16MP ZEISS lens. The front camera lies inside the punch hole notch. And, the smartphone will also come with OZO audio for 360-degree spatial surround sound.

Nokia 6.2 will have 64GB of internal storage but it will also allow expanding the storage via MicroSD card. The tipster didn’t reveal the information about the battery size but we are assuming that it will be 3500mAh.

The device will launch first in China in January end or February start and it will make a debut in the global market after a month.