Twitter is the great way to stay connected with the different companies and with our friends. In short its a giant ocean where all rivers meet. By keep continuing its aggressive move into the different news and updates, Twitter has rolled out many new features over the years and people love to use it. Anyways, coming on the topic, a new bug has been encountered by my friend on Twitter which allows the user to follow themselves.

I know this is some kind of funny. But, as my friend – Naman Babbar informed me via message, he can follow himself by going in followers tab of his friend’s account. However, looking at the screenshots he shared, in the first time when he taps on the ‘follow’ button, Twitter cannot recognize that he is following his self. After few seconds, Twitter shows the error message on the screen and it unfollows automatically. 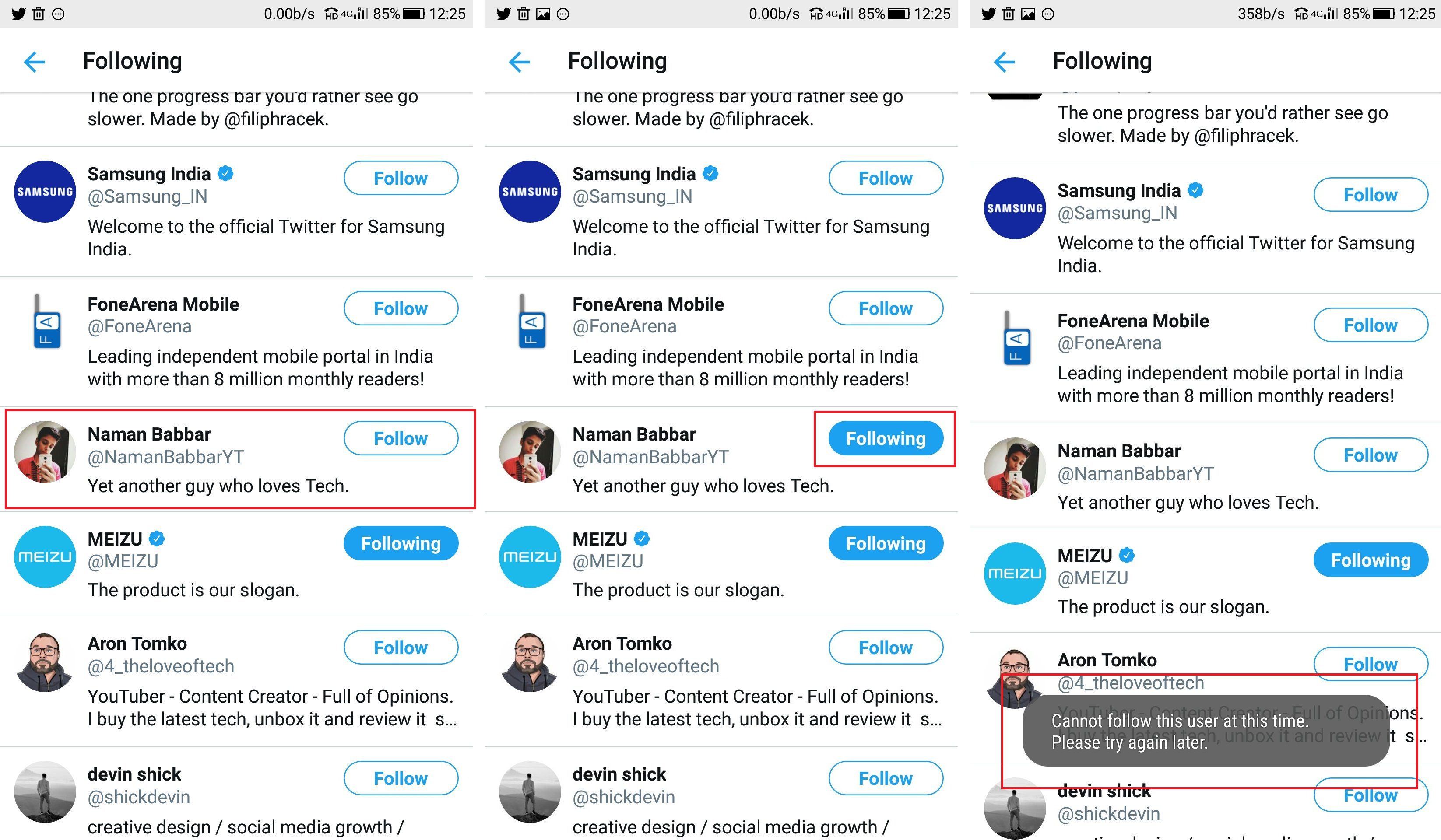 Here it is worth to note that it is not happening with all of the users. Within just a few moments he informed me, I tried it by my self. But in my case but the looks like the bug is not working. You can watch the video below in case if you want to see the how Twitter allows him to follow himself through other’s account.

Earlier this year in May, Twitter is urging all of its more than 330 million users to immediately change their passwords after a bug exposed them in plain text. The bug occurred because of an issue in Twitter hashing process that covers the password by replacing them with the random string of characters that get stored on Twitter’s server.

To do the same, all you have to do is just head over to one of your followers account and jump into the ‘following’ tab. Now just locate your account in the list. If you are lucky enough, you should get ‘Follow’ button next to your name. When you will press it, for a while it will be changed into the Following. But, after a second, Twitter will show an error message on the screen.