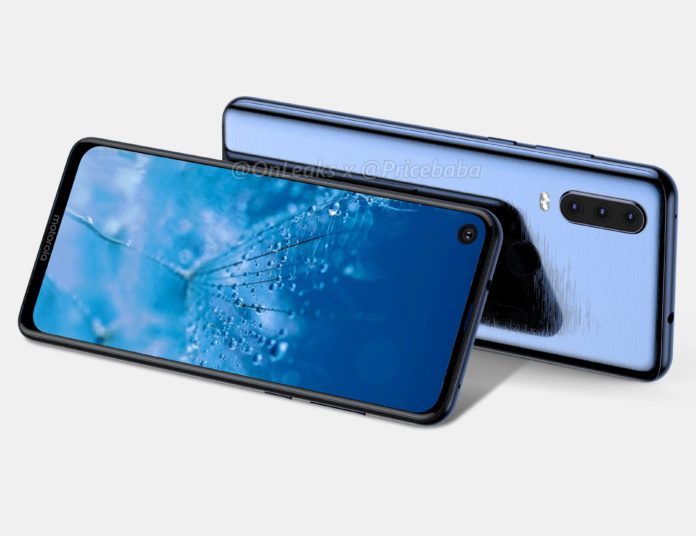 New renders, today, surfaced online which allegedly shows Motorola’s first triple camera phone might be called as Motorola P40. We have had information droplets of this device earlier. But, still, there is nothing confirmed. So, of course still, we should keep our speculation mode turned on.

Thanks to OnLeaks, we now have high-quality renders of Motorola P40 Power. As always, this time Steve has made this renders in collaboration with the Pricebaba. Now, just in case if you have seen the video with the name tag of Moto G8 on Pricebaba YouTube channel, then here worth to note that there was confusion earlier. But, later OnLeaks has pointed out the name – Motorola P40 Power.

With that said, Motorola P40 Power will be the company’s first triple camera phone. The primary camera will house a 12MP sensor. Unfortunately, other camera information yet to be revealed.

The device will sport 6.2-inch HD+ display with the punch-hole design for a camera. Also, earlier rumored specifications suggests, the device will pack Snapdragon 675 processor under the hood coupled with the 6GB of RAM and 64GB internal storage. We may also see 128GB variant.

Now, it remains to see which are those three camera sensors on the rear side. Further, there is some other information to be revealed. But, we will keep you posted.