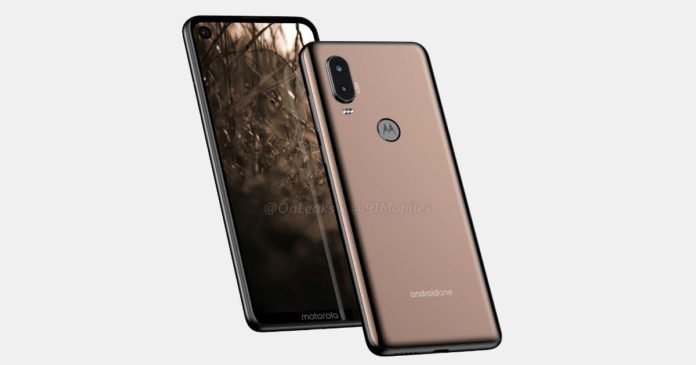 2018 wasn’t a good year for Motorola company because of the failure of Moto G6 series in India. Even Moto One Power didn’t do well because of the late launch than the competitors. For the upcoming year, Motorola is working on a G7 series and P series smartphone.

Motorola P40 will have a 6.2-inch display with a punch hole notch at the left corner which houses the front camera. The Motorola P40 will be the 4th Punch hole camera smartphone after Huawei Nova 4, Galaxy A8s and Honor V20.

Talking of the optics, The dual rear camera setup is in the verticle position with a primary camera of 48MP coupled with a depth sensor. The Motorola P40 will measure 160.1 x 71.2 x 8.7mm, and the thickness will be about 10mm.

As Android One is written at the back we can assume the device is a part of Android One program and will ship with the Vanilla Android that all we wanted.