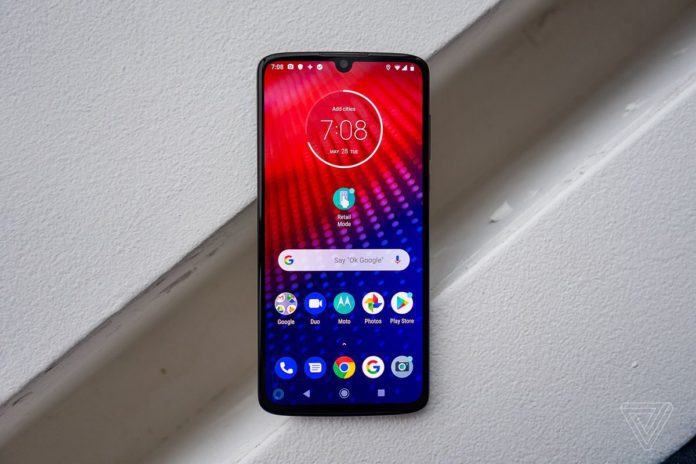 Motorola announced the successor of Moto Z3 and the accidentally shipped Moto Z4 in the USA. The device will also support the Moto Mods attachment that many of the consumers like to use.

Motorola Moto Z4 features 6.4-inch FHD+ OLED display with 19:9 aspect ratio and waterdrop notch at the top. It has minimal bezels around and the chin is quite bigger than other premium smartphones.

Moto Z4 is powered by Qualcomm Snapdragon 675 SoC which is further paired with 4GB RAM and 128GB internal storage. Furthermore, You can expand the storage via a MicroSD card.

In Terms of Camera, The device features a single 48MP rear camera with flash. Which takes 12MP shots using Pixel binning technology that combines 4 pixels into 1. For the selfie and video calling it features 25MP front shooter that lies inside waterdrop notch.

Moto Z4 packs 3600mAh battery that supports Motorola’s Turbocharging tech. It runs on nearly Stock Android experience based on Android Pie out the box. It comes with Motorola’s enhancements on top like the Moto Actions gestures.

Motorola Moto Z4 will be available to purchase starting from June 13 on Verizon network.