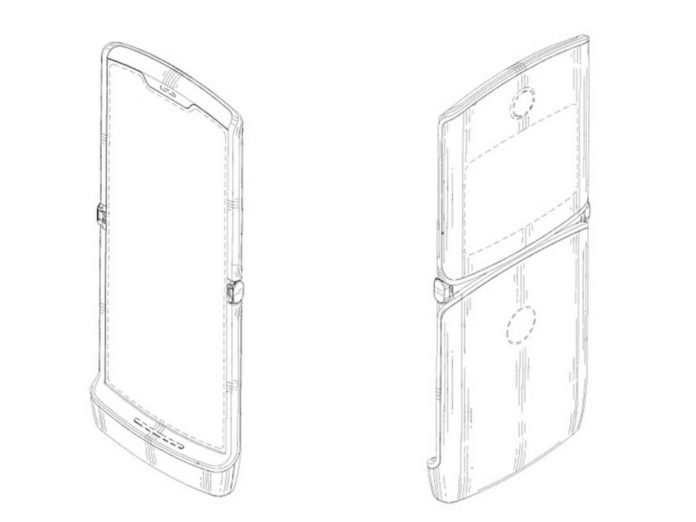 Dan Dery – Motorola’s Vice President of Global Product has confirmed that the company is actually working on the foldable phone. Although, we didn’t go through much detail. Now, XDA Developers managed to obtain more information on Motorola’s future foldable phone. But, before we dig into information, let me help you to a callback that patent we went through last week.

So, the source of XDA Developers says that Motorola’s upcoming foldable smartphone will have two displays. And it can confirm this thing. Although, there is no confirmation of its name. Because source also doesn’t know that information. Well, right now, the name wouldn’t be important for us as I think. The further source adds the foldable phone will obtain the same design as you have seen in the patent.

Turning around the information, Motorola’s upcoming foldable phone will have a small square display on the outside. While in an unfolded condition, it will feature a normal screen just like a smartphone offers. So, it is clear it won’t make a large tablet sized screen when it will be unfolded.

Obviously, the phone would run on Android operating system. Although, Motorola will require to optimize it a bit in order to perform certain tasks and to synchronize both the displays at the same time. So, while using a camera application, the user will be able to capture an image through the primary display. XDA Developers said that Motorola is working on a custom version of Moto Display application that will allow users to see various apps notifications such as alarm, notes, events, etc.

ABOUT US
Right Brothers is the news and multimedia company founded in December 2018 to provide the depth information on smartphones and new technology.
Contact us: [email protected]com
FOLLOW US
© 2018-2020 Right Brothers News and Multimedia Co.