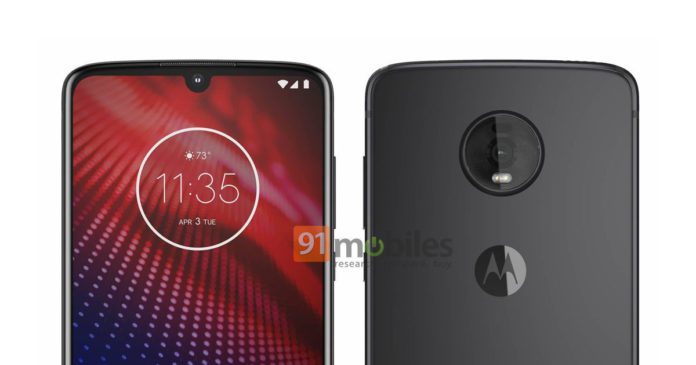 Smartphone manufacturers provide their units to some tech reviewers so that they can publish their impressions at the day of the official launch. Although we have seen in many cases, people released video by mistake or intentionally and that makes sense, why!? The same case now happened with the Moto Z4. The phone is scheduled to become official on June 04. Although, on YouTube, there is an unboxing video live now.

Moto Z4 will feature 6.4-inch OLED display with FullHD+ resolution and In-Display fingerprint sensor. The device will run on Android Pie out of the box with all the features Pie has. It will also have Moto mods like Motorola’s Moto Display, Moto Actions, Moto Experiences.

Talking of Optics, Moto Z4 will pack a single 48MP rear camera. This sensor will use quad pixel binning which will combine the four photos to create one 12MP shot. The document also mentioned that Moto Z4 will come with dedicated night mode. The device will have 25MP selfie shooter to take the selfies and for video calling. Motorola will also introduce Quad Pixel Mode which will take incredible sharp photos in 6MP mode.

Motorola Moto Z4 will pack 3600mAh battery with Turbo Charging support. The device will have water-repellent design although there is no mention of IP rating. My guess says that the device will be splash resistance.

There is no mention of price in marketing material but it did mention the word, “half the price” so we expect it to be priced around $500 (Rs. 34,600 approx) considering Moto Z3 was launched last year in the U.S. at $480.