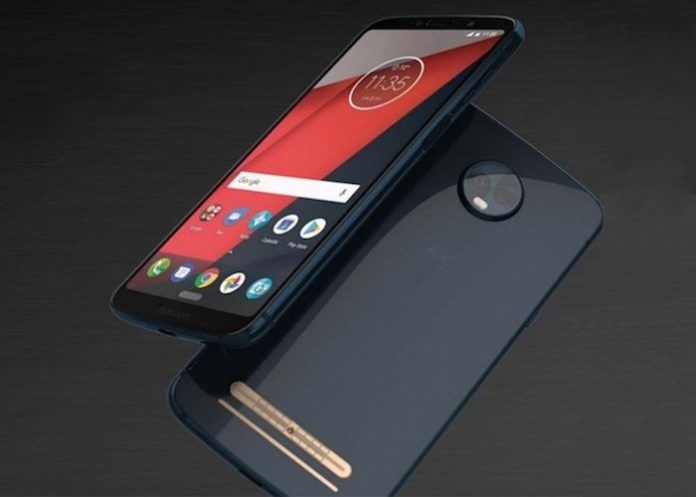 Motorola is sending out invited for its upcoming event set for June 6 in Brazil. Moto Z3 Play is the much-expected device. In the previously leaked images, we have seen the device itself and new 5G Moto Mod. I am a little bit impressed with 5G Moto Mod which can bring the 5G network on Moto device. No doubt you have seen this device in numerous leaks and even you may have seen rumored specifications. Now, the device listed on well-known benchmarking website Geekbench which reveals some other key-specs. 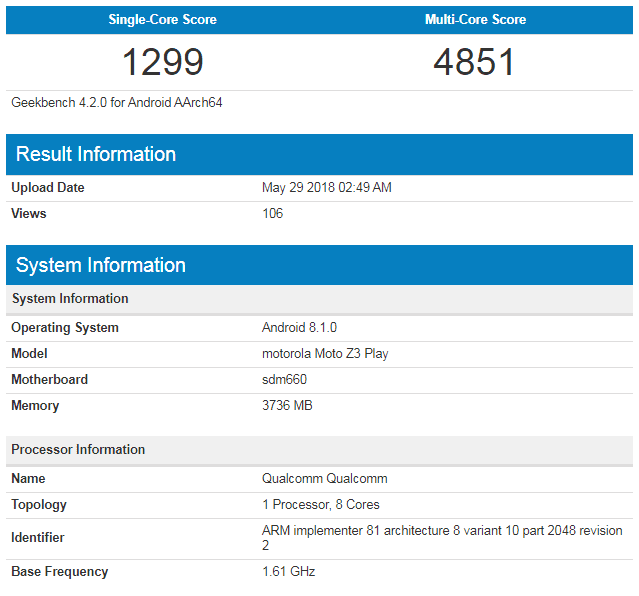 Looks like Moto Z3 Play performed well. The device has achieved 1299 Single-core score and 4851 for multi-cores. Well, it is clear from the image that the device prototype which has gone under the operation was running on the Android 8.1.0. So, out of the box, you will get it running on Android Oreo. Motorola has fixed Snapdragon 660 chipset to power this device under the hood which is coupled with the 4GB of RAM and the base frequency of this SoC is 1.6GHz.

As we have seen earlier in the Motorola’s official promotion banner image, the device will have the similar footprint of Moto G6 from the front. It will sport on a 6-inch Full HD+ display having 18:9 aspect ratio display with very thin bezels. Further, the company is still want to stuck on its signature design having the ching on the bottom.

Moving eyes over other rumored specification, not included in the image, the rumor mill suggests the device will be available in two different storage options includes 32GB and 64GB. It will have dual rear cameras on the rear side with the two 12MP sensors. Talking about the price, we are still in the dark. Looks like the rumor mill is not active so much for this particular device. However, you can expect this device around Rs. 22,000 to 24,000.