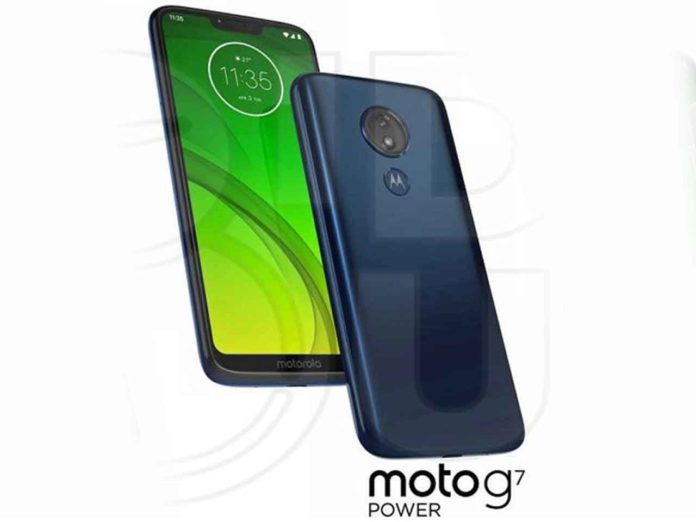 Motorola is working on a successor of the Moto G series smartphone. The company might launch four different devices which could be Moto G7, Moto G7 Plus, Moto G7 Power and Moto G7 Play. Motorola using three different notch pattern for the G7 family.

Talking of Moto G7 Power, Recently on December 20, Moto G7 Power listed on Geekbench website (later on removed) which shows us the key specification of the device. 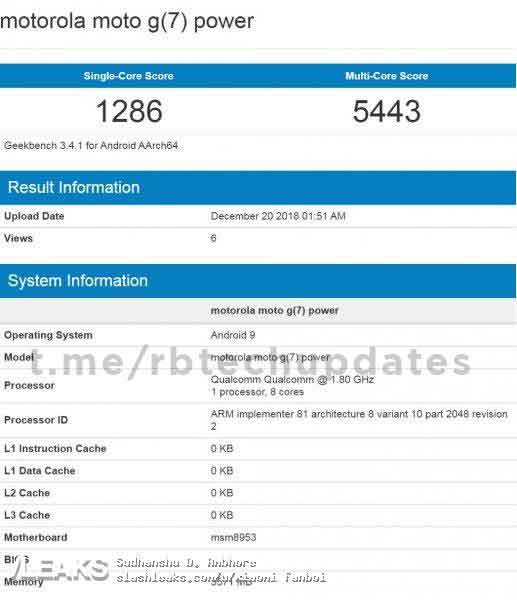 The result shows us the device runs on a Qualcomm processor which is clocked at 1.80 GHz, It also mentions the Motherboard which is msm8953. Well, the CPU used here is Snapdragon 632 because it runs on 1.80 GHz and also has the same motherboard. Motorola Moto G7 Power tested on Geekbench runs on Android Pie.

If Moto G7 Power launches with the Snapdragon 632 and priced good enough under Rs. 12,000 then it can give good competition to the Zenfone Max M2 and Honor 8C.

Moto G7 Family might launch globally in Early 2019. The device will be running on Android Pie out of the box and priced accordingly. There isn’t any detail about other devices so stay tuned with up for future updates.