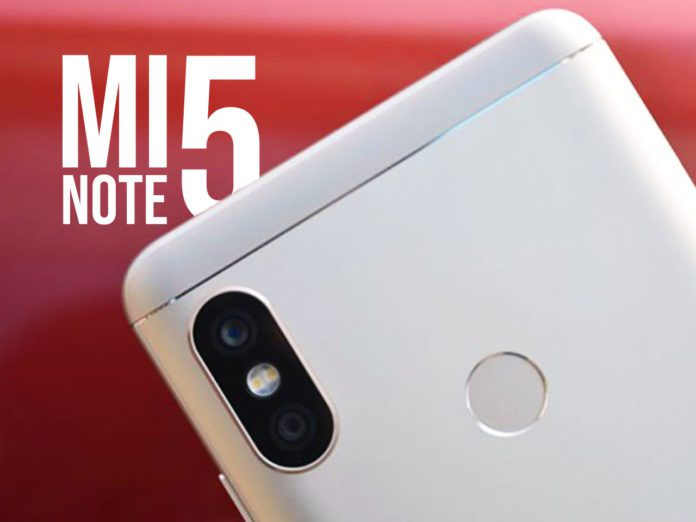 Xiaomi’s annual product launch event is not so far from us. The company has so many interesting things to unveil at this year event on May 31 at Shanghai, China. Firstly, Mi 8 device for what people are deeply waiting. Further, according to the rumor mill, the company has plans to unveil Mi Band 3 and Mi Wireless charging pad. Earlier in the previous year, the company was in headlines regarding launch its own second-generation chipset named Surge S2. Well, it is hard to say anything now, but also the company could introduce at this year event. Now, there is a speculation that the company could launch another new device, Mi Note 5. 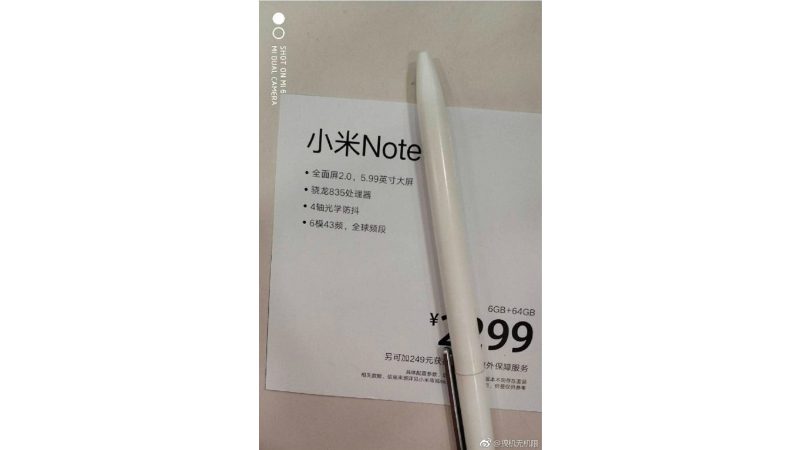 The leaked image of the material suggests the device will have the 5.99-inch display with 2.0D curved glass. You can expect the device with highly-reduced bezels. Well, the image also reveals the chipset that Xiaomi is going to install an upcoming device. It suggests the device will have Snapdragon 835 chipset. However, the SoC is the one gen older but, I don’t think there will be a major impact on performance. The chipset is paired with the 6GB of RAM and 64GB of internal storage.

Of course, because it is 2018 smartphone, the device could come with the dual camera setup on the rear side with AI features. The material suggests, the company have installed four axes optical image stabilization in the camera as you call it OIS.

Further, the leaked image also points the price for 6GB variant with 64GB internal storage. The price for the same is CNY 2,299 which is around Rs. 24,400. Last year Xiaomi launched its Mi Note 3 device. If you can manage to recall, the device was priced at CNY 2,499 which is CNY 200 more than this upcoming one. Let me know, for what you are excited about upcoming Xiaomi annual launch event?