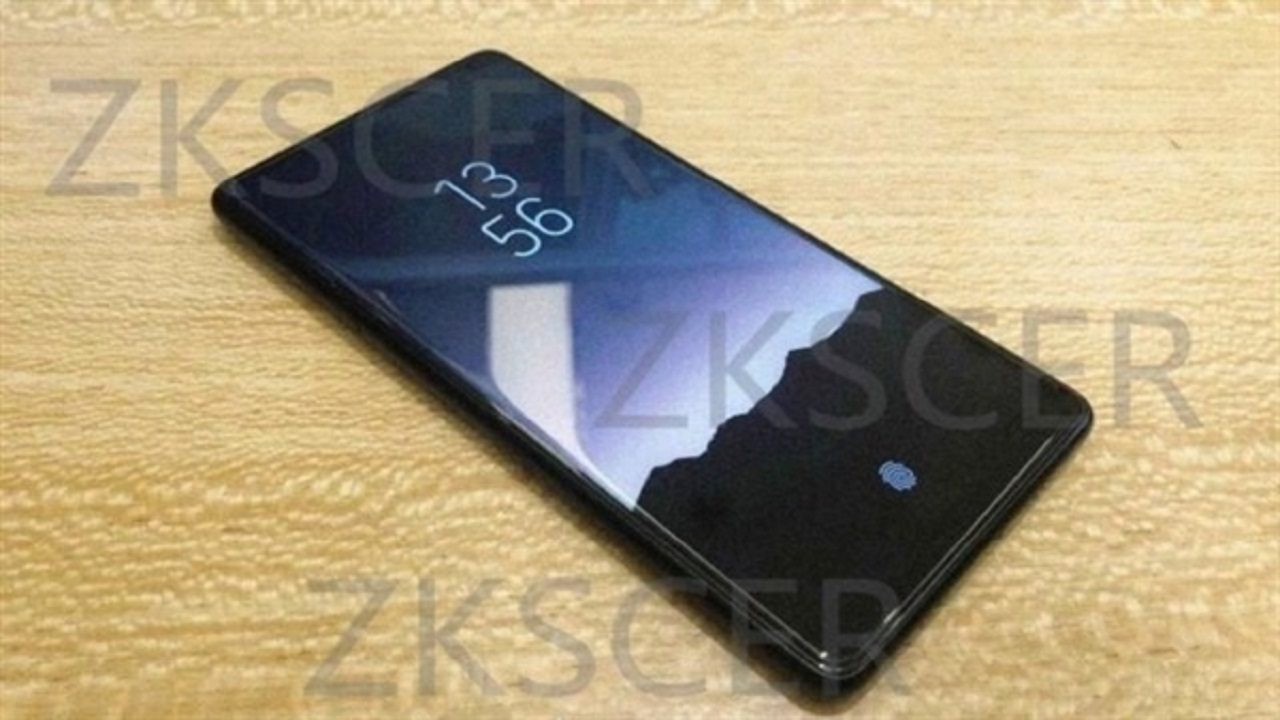 Another new leak is here shows that Xiaomi’s upcoming two new flagships, Xiaomi Mi Mix 2S and Mi 7 might come with the under-screen fingerprint sensor like the Vivo’s X20 Plus UD. I think this is not surprising now that Xiaomi Mi Mix 2S coming on the March 27. The date was officially unveiled by the Xiaomi’s CEO. And… when the launch date comes near more and more accurate leaks comes shows details.

Xiaomi Mix 2S is the upcoming device, which will be having a so much reduced bezels. The leaks have been floating on the internet for a long time. Meanwhile, an anonymous person has leaked on the Chinese website MyDrivers, Xiaomi Mi Mix 2S might come with the under-display fingerprint sensor. Furthermore, Xiaomi Mi 7 might also come with the same. This shows us that how the technology getting its place too quickly in the upcoming smartphones. However, every mobile manufacturer can use a different way, but it is truly amazing.

MyDrivers has uploaded an image shows the Mi Mix 2S with the in-screen fingerprint sensor. Additionally, some key features of this upcoming device. The upcoming Xiaomi Mi Mix 2S can get the under-display fingerprint sensor, similar to the Vivo X20 Plus UD. It will work the same way. When user will place the finger on the display, shows the symbol of the fingerprint in the lower central part of the display, the device will scan it and unlock the device. Xiaomi has made this device with the larger display. The bezels will be too small for this device.

Xiaomi Mi Mix 2S will have a Qualcomm’s powered Snapdragon 845 chipset coupled with the 8 Gigabytes of RAM and 256 Gigabytes of internal storage. There will be no expandable storage available in this phone. The clock speed of the processor will be 2.8 GHz. On the rear side, it will have the Dual camera setup with the 12 MP IMX363 made by the Sony. Here is the complete configuration of this device you can take a look. 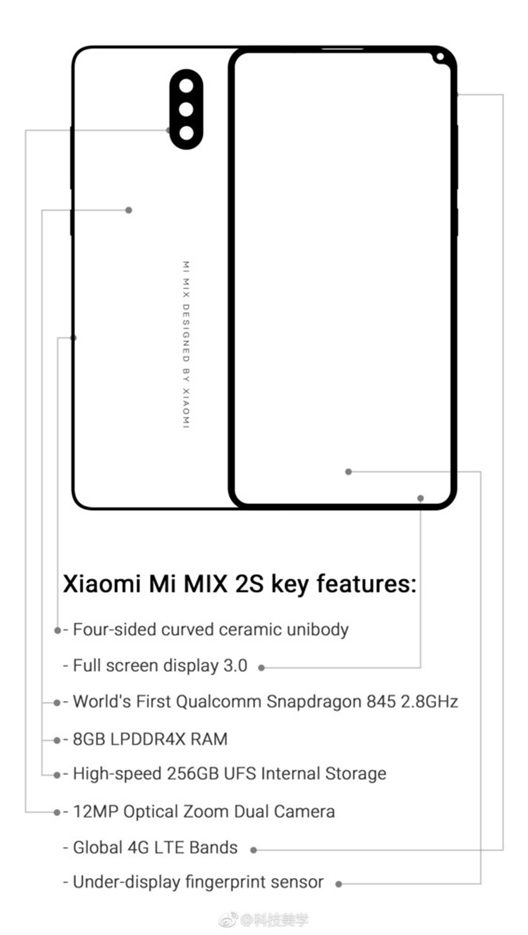 So, additionally, with that, there is another leaked information popped up on the Weibo. I think this is interesting for you. Xiaomi is planning to provide the 6.1-inch OLED display on the Mi Mix 2S. For that, they have partnered with the Samsung to ship their OLED panels for the device. It is quite surprising that Samsung has already started the shipment of OLED panels in December. They have already shipped around 1.1 million panels in the first month and 2.2 million panels in the second month. With the Xiaomi Mi Mix 2S, Mi 7 can also get the OLED panels. However, there is no confirmed news for that. But definitely it is Xiaomi’s special ‘Mi’ series phone so there are higher chances for that phone to get the OLED panels.

ABOUT US
Right Brothers is the news and multimedia company founded in December 2018 to provide the depth information on smartphones and new technology.
Contact us: rightbrothers[email protected]
FOLLOW US
© 2018-2020 Right Brothers News and Multimedia Co.