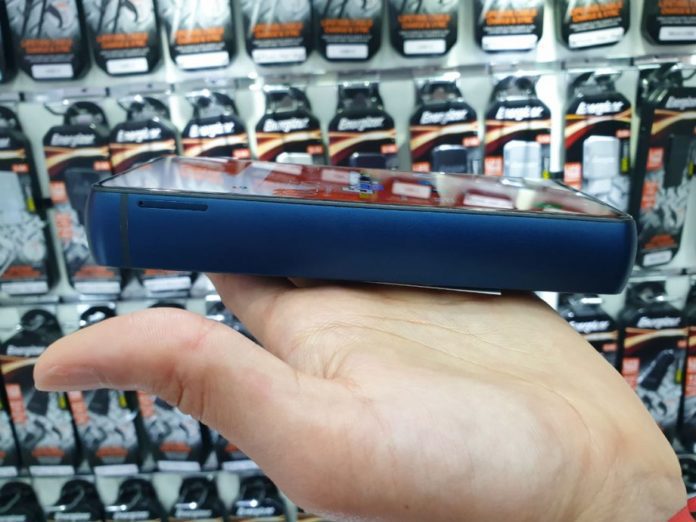 MWC 2019: This year’s two of the biggest trending keywords at Mobile World Congress is the ‘Foldable smartphone’ and ‘5G’. But, a smartphone manufacturer named Energizer has revealed something different on the show. That’s its Android device features jaw-dropping 18,000 mAh battery. You read it right – freaking 18,000 mAh battery.

The device named as Energizer Power Max P18K Pop – uh, quite a long name but good enough for a smartphone carrying the most powerful battery on the market right now.

I will not talk about the specifications first. Since the phone caught eyes because of its larger battery, we should talk more about it. At the MWC, Energizer said that the user will be able to watch videos online for around two days after a single charge. Further, it can be around 90 hours on calls, 100 hours on music and ’50 days’ on standby.

For any smartphone, this is quite insane. But, after Huawei introduced ‘reverse charging’ feature, honestly, I became a huge fan. And since then, every new premium smartphone being power bank. Energizer Power Max P18K Pop can also be used to charge other phones and accessories.

Aside from its larger battery, this handset powered by Helio P70 chipset coupled with the 6GB of RAM and 128GB of internal storage. But, you can expand up to 128GB via microSD card. On the top, it has 6.2-inches Full HD+ display with the aspect ratio of 18:9. And it runs over Android 9 Pie.

In terms of optics, it has triple camera setup on rear side packs, 12MP, 5MP, and 2MP camera sensors and on the front a dual pop-up selfie camera arrangement of 16MP and 2MP sensors.

Please, don’t try to find out pricing information. Yet, it is to be unveiled by the company at MWC 2019. But when we will get that information, we will surely be sending in our Telegram channel.