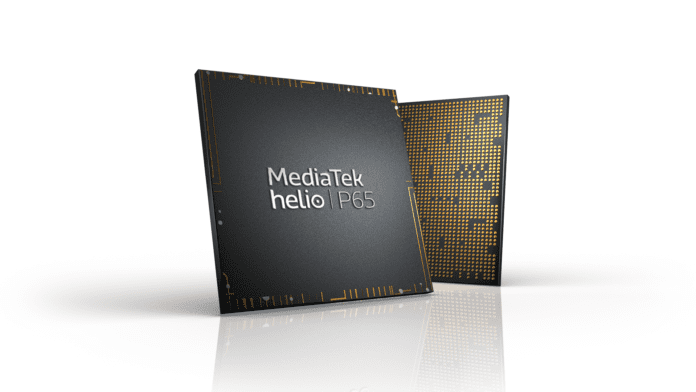 Taiwan based semiconductor company just announced MediaTek Helio P65 chipset to its mid-range lineup. The new chipset from MediaTek will power various Android smartphone from Chinese OEMs and it will compete with other mid-range chipsets from Qualcomm and HiSilicon.

The AI Performance has been improved by 2x compared to the previous generation Helio chipset and company claims to have 30% better AI performance in AI-camera tasks such as object recognition (Google Lens), Smart Photo Album, scene detection and segmentation with background removal, and single or dual camera Bokeh shots.