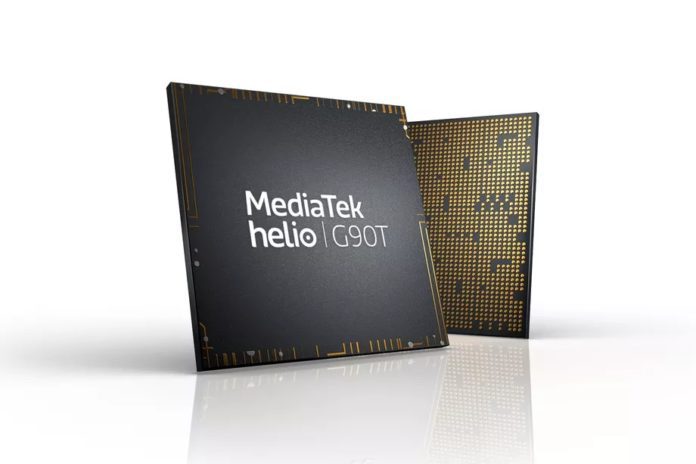 Today, MediaTek has announced two flagship processors – MediaTek Helio G90 and G90T. These both are 12nm octa-core processors which are aimed for gaming smartphones. Earlier we have seen, the company was teasing fans via its official Weibo handle. It appears that MediaTek want to stand in the ground to compete with Qualcomm and Huawei’s HiSilicon.

The new MediaTek gaming processors – G90 and G90T are octa-core processors which can be clocked up to 2.05GHz. They are manufactured using a 12nm node process. Under the hood, MediaTek has installed the same ARM Cortex-A76 and ARM Cortex-A55 cores which you may have seen in Qualcomm’s latest might Snapdragon 855 processor. While the chipset is gaming concentrated, it includes Mali G76 graphics processing unit which can clock up to 800MHz.

This Taiwanese chip manufacturing company’s new G-series lineup will bang on upcoming gaming smartphones. Digging in further features. MediaTek G90 lineup comes with the new technology dubbed as ‘HyperEngine’ which the company claims to be used while playing games on smartphones to boost the performance and for the extreme gaming experience. Further, the chipset enabled the supports for HDR10 and 10-gigabytes of LPDDR4X RAM.

This chip also includes the intelligent network prediction engine. So, while playing games it will sense the quality of the network. For example, if there it will sense the low Wi-Fi network quality, the mobile will switch to LTE connection as a backup. Further, this new processor also includes the ‘Rapid Response Engine’ which will enable quick response on touch while playing games.

Currently, MediaTek has not revealed detailed information including some benchmarks for this new G-lineup processors. But, if we will get it anytime soon, we will share it on our Telegram channel. We are expecting it would find a new home in the upcoming gaming smartphone quickly. With new processors, no doubt, this Taiwanese company is aiming to gain some gaming smartphone market. Recently, we saw Snapdragon 855+ processor which Qualcomm released for gaming-focused smartphone. However, it is a 7nm mobile platform. So, obviously, it can bring drastic changes in performance.

Now read: You Can’t Blame Google for Pixel 4’s ‘Massive Bezel’, the Amount of Tech Inside Justifies it: What We Need to Know